“If we can simply witness the destruction of another culture, we are sacrificing our own right to make culture,” was the slogan for Artist Call, an artist-run solidarity movement that mounted exhibitions, performances, poetry readings, film screenings, concerts, and other educational events in over 24 cities across North America in the 1980s to protest the U.S. government’s intervention into Central America. Organized by Tufts University Art Gallery and co-curated by Abigail Satinsky and scholar and art historian Erina Duganne, the exhibition Art for the Future: Artists Call and Central American Solidarities (January 20-April 24, 2022) and a newly released accompanying catalogue presents a selection of ephemera, documentation, and newly commissioned artworks that seek to contextualize a pivotal moment in art activism. In this interview, Abigail Satinsky, Curator and Head of Public Engagement at Tufts University Art Galleries, discusses how Artists Call prompts contemporary questions about artistic intentionality, the legacy of grassroots activism, and the efficacy of intergenerational dialogue.

New generations are disconnected from the intricacies of the activism at the heart of this exhibition. We were curious to know how you contextualized the works for a main audience of students and if the intention behind placing the exhibition at Tufts was to generate awareness in our generation.

How does the exhibition make solidarity movements and art activism relevant to a new generation of audiences who are distanced both geographically and historically from the moment and material on view?

I think solidarity doesn’t necessarily need to be made relevant; there are huge, vibrant movements across the globe, made more urgent in the context of the pandemic. And artists today are organizing and raising their collective voice, whether for racial justice, equitable and ethical practices in our institutions, or as part of mutual aid networks or other activist campaigns. I think we often don’t have the best mechanisms for learning publicly from past movements beyond the brass tacks of measuring impact and particular goals reached. There is so much richness in how they succeeded, where there were fissures and fractures, what communities most affected may have felt and thought, and an expansive view of success and failure.

And I hope our exhibition and catalogue contributes to that as well as points to the specific art histories and political histories of Central America, which from my own US perspective, we have a terrible lack of public education and knowledge about. This includes longstanding US interventions in the region and how that has contributed to the acute immigration crises of the last decade, as well as the vitality and complexity of artist activities and social movements across Central America during the early 1980s. The inclusion of contemporary Central American artists, including Sandra Monterroso, Benvenuto Chavajay, Beatriz Cortez, Muriel Hasbun, Eddie Rodolfo Aparicio, Tierra Narrative and others, who all engage with these histories as well, brings this to life with deeply resonant and relevant practices. 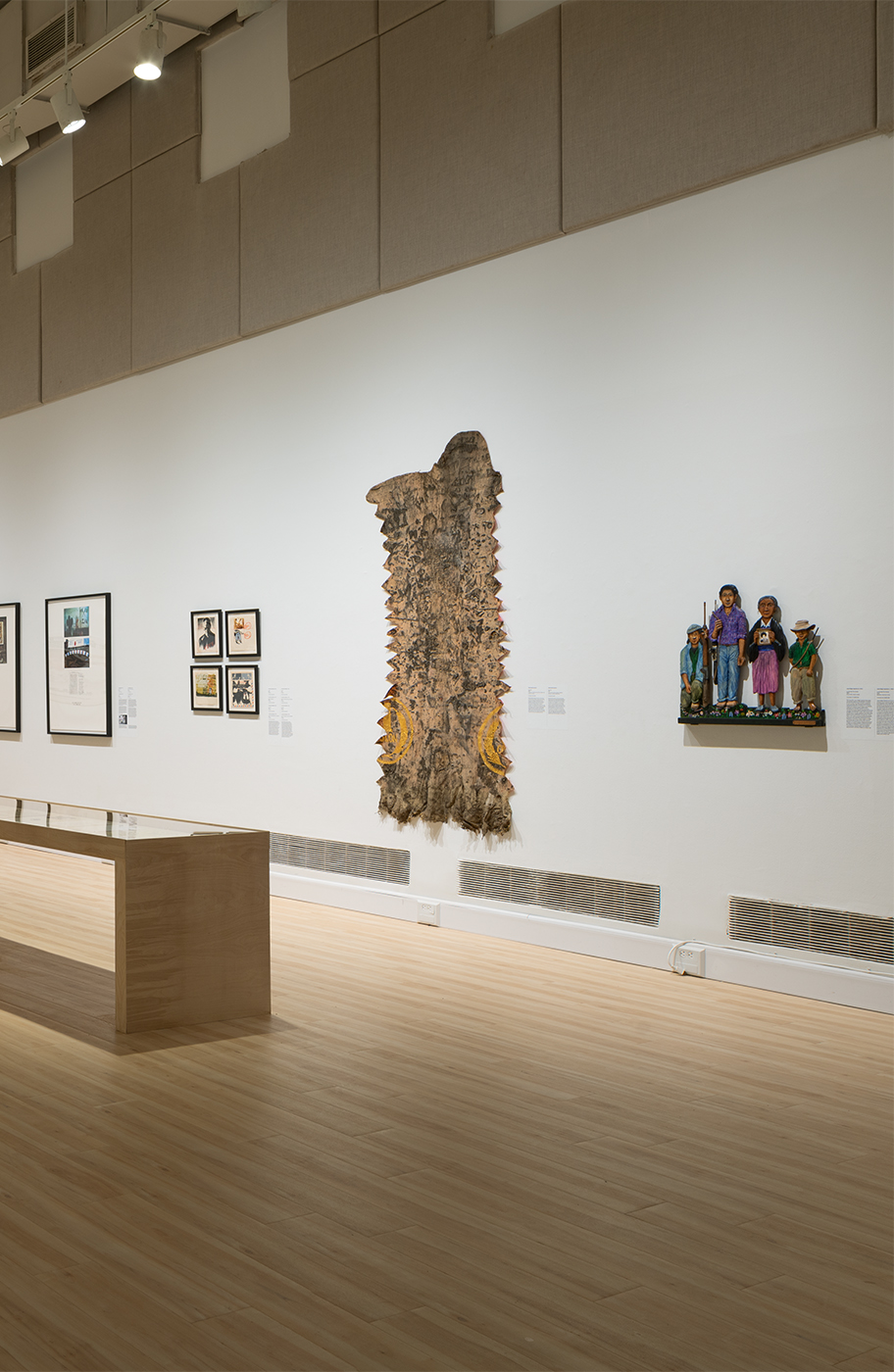 In an online video featuring the Artists Call exhibition on WGBH Open Studio with host Jared Bowen, co-curator Erina Duganne notes that Artists Call was short-lived by design: “Part of the organizing committee really argued that it needed to be ephemeral, that it needed to just dissipate and that people would go on to take those experiences and do other things with them.” Soon after the movement died down, artists moved on to address the lack of US government response to the AIDS crisis. This has parallels to more contemporary activist movements which can often seem to trend up and down based on visibility on social media or how people can “virtue signal” without committing to real change. What does the exhibition Art for the Future aim to tell us about the influence or impact of activist movements from the 1980s and those happening now?

It’s a complex question, because another way of thinking about it is that Artists Call artists, critics, and organizers had a long-term commitment to contributing to movements for social justice, liberation, and self-determination. And while some moved on to other important movements of the 1980s, including AIDS activism and anti-nuclear or anti-apartheid movements, as well as continue their activism into the present, others also kept up long-term relationships in the region. It was the campaign itself that they felt needed to end, and personally this resonates for me because I have been part of projects that needed to end but seeded new beginnings for ongoing political commitment. But from our contemporary perspective, I think we also have to be critical about who felt they could move on and what missed connections or possibilities resulted. One more thing, and this may age me to say, but I do also think it’s different to re-post on social media, or other ways we may think about virtue-signaling there, than to organize with hundreds of artists through in-person meetings and using the telephone and letter correspondence before social media was available – there was commitment there, even if we need to be critical about what happened. That isn’t to downplay what is possible on the internet today or that activism doesn’t happen in person now, but Artists Call is just one story of artists investing labor and time and developing their ideas and politics in shared space, and it was transformational for them.

Group Material was a conceptual artist collective in New York active from 1989 to 1996. Members, such as Julie Ault, Tim Rollins, Mundy McLoughlin, and many others, worked on collaborative exhibitions to highlight sensitive issues. We were wondering about the role that their identity plays and how their identity shapes their impact on Artists Call.

A majority of Artists Call leaders, including members of Group Material, were white identifying North Americans. How does the exhibition position their participation without repeating the sense of intervention or intervening by the US government that they sought to critique? How are the power dynamics between the US based artist and those based in Central America expressed by the works and documentation that are included?

There were many white artists central to the organizing of Artists Call, such as Lucy Lippard, Leon Golub, Coosje van Bruggen and members of Group Material, but there were also many Latin Americans that were central as well including Daniel Flores y Ascencio, Josely Carvalho, Juan Sanchez and Fatima Bercht. I want to make sure we don’t erase their presence and contributions in also understanding that the art-world at the time and today is white dominant, maintained by white supremacy, and that the more canonical names involved are white artists. I would say that this was a multi-racial group of people, with many white people central to it, who thought they had a shared responsibility in US imperialism and that this was how they could exert their influence, as part of the broader solidarity and sanctuary movements happening in the 1980s. This exhibition positions that as a space of possibility and critical entanglement and asks what solidarity across difference looks and feels like. 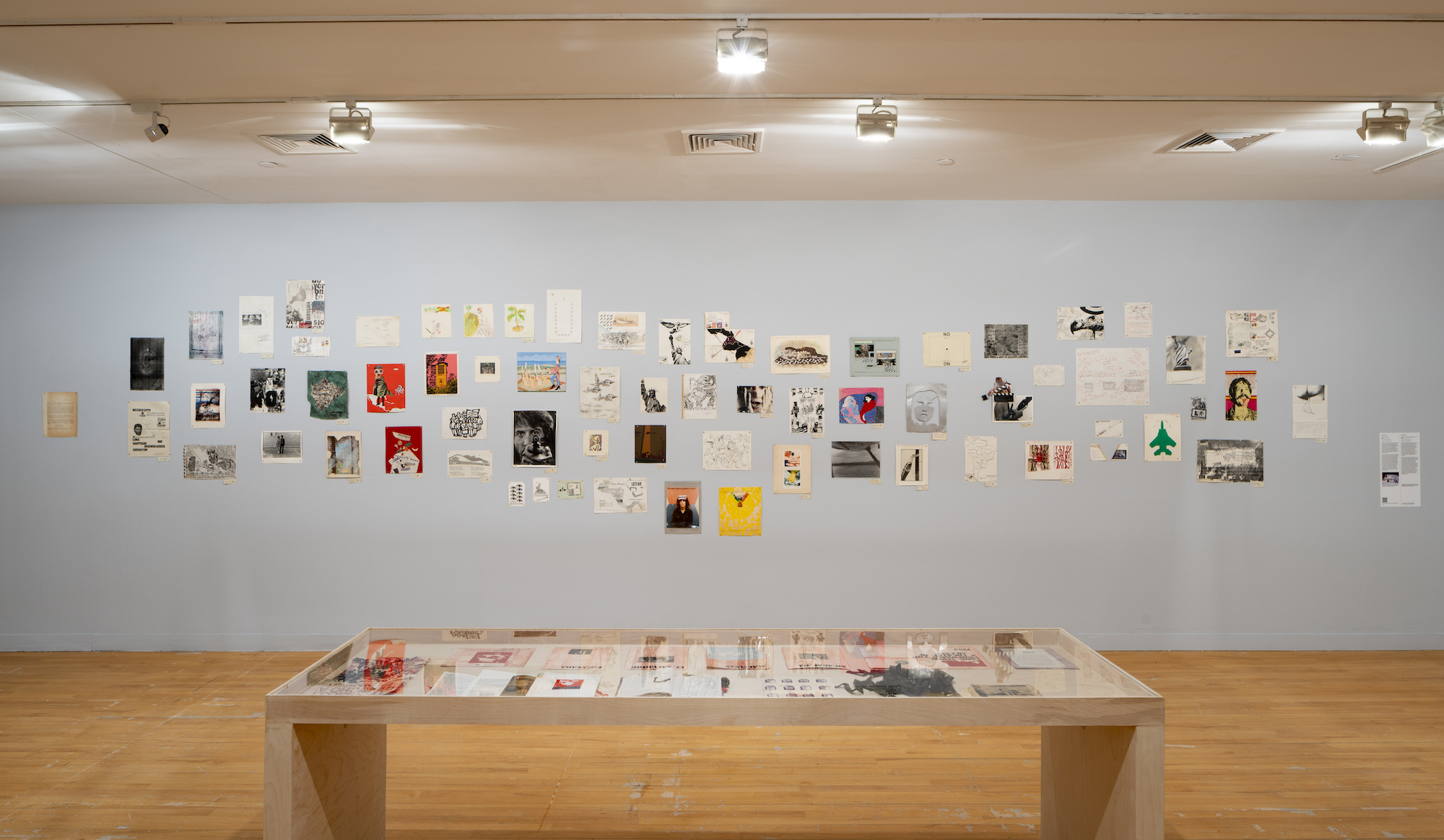 The exhibition and the catalogue also include archival correspondence, interviews and perspectives on the difficulties the organizers at the time had in including Central American artists, whether through logistics or lack of relationships, as well as the relationships and encounters that did happen, because this is an important component of learning from their challenges. In addition, contributing artist Muriel Hasbun and co-curator Erina Duganne, organized Artists Call NOW, an exhibition of contemporary Central American artists at the CCE in El Salvador at the same time as Art for the Future at TUAG, which further engages these power dynamics and brings multiple access points and viewpoints to this ongoing undoing of US dominance. Our city-wide interview project of Latinx artists and organizations in the region, Local Solidarities, led by student curatorial fellow Geovani Cruz, is also on view in the Galleries and I hope also complicates and illuminates the stakes of organizing and self-determination today in Central American diasporic communities.

The second part of this interview, focusing on the curatorial decisions of the exhibition Art for the Future: Artists Call and Central American Solidarities (January 20-April 24, 2022) at Tufts University Art Gallery, will be published at a later date.

Thank you to Abigail Satinsky for taking the time to answer our questions.