This week’s contributing author, Yiyang Wu, is an M.A. candidate in Museum Studies at New York University. She received a bachelor’s degree in Chinese Painting from China Academy of Art in Hangzhou, China and a master’s degree in Culture, Criticism and Curation from Central Saint Martins College of Art and Design in London, UK. She is currently working as a Curatorial Intern at the Solomon R. Guggenheim Museum.

The Symposium concluded with a round table discussion moderated by Pip Laurenson, who invited the audience to think about the future of time-based media art conservation through three case studies: the work of Tony Conrad, the Artist Initiative at San Francisco Museum of Modern Art, and the Digital Museum of Digital Art. The panelists explored how various mediums of art might inform TBM conservation and the skillset needed for TBM practice and education. 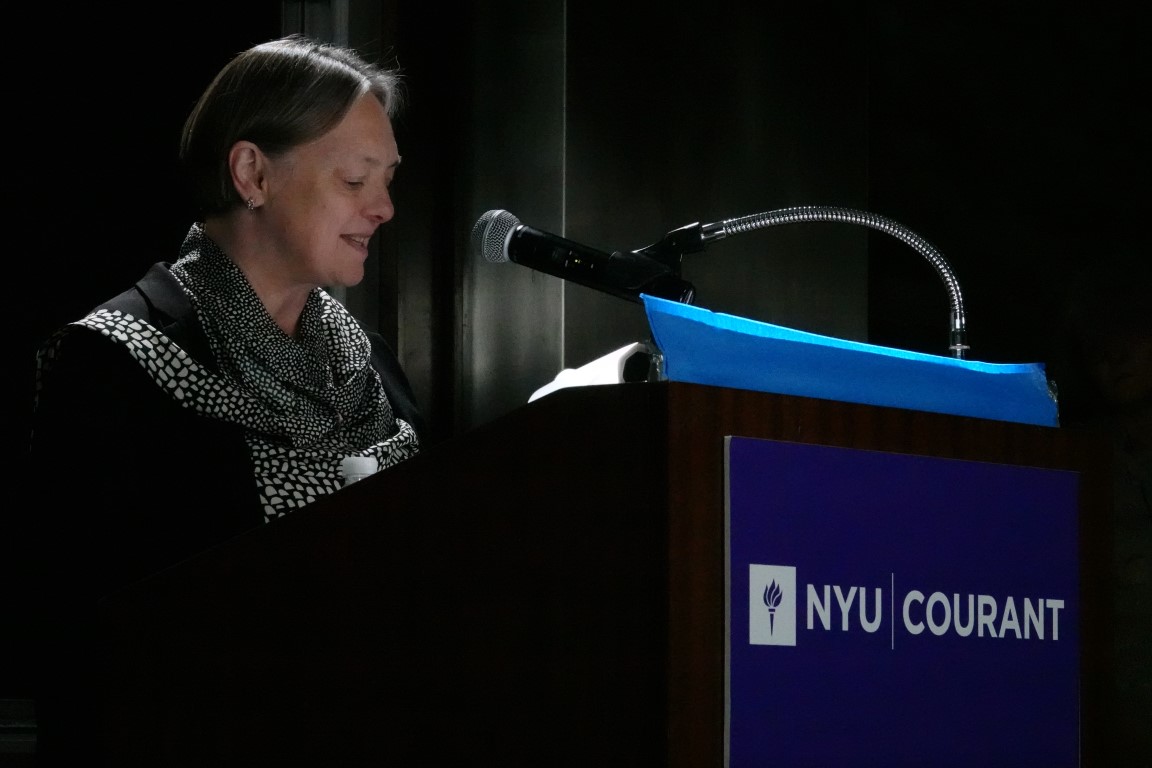 Tina Rivers Ryan started her presentation with humorous apologies for being one of the curators who might have caused trouble for conservators. She discussed an exhibition, Introducing Tony Conrad: A Retrospective in which the works shape our experience of time and connect our past to our future by highlighting issues raised by the act of conservation. In a series of works titled “Yellow Movies,” Conrad painted a rectangle with cheap house paint on paper and framed it with a black border. The central painted rectangle will slowly fade over time in the same way film emulsion does, which creates a slow movie taking decades instead of hours to watch. Being one of the first media artists to think about what his works would look like in the distant future, Conrad pushed beyond existing boundaries.

Jill Sterrett spoke of the creative process generated by interdisciplinary research projects in The Artist Initiative at SFMOMA. To imagine the future of conservation, she suggested that we should think about the problems we face, and always refer to artists to find solutions. She introduced Futurefarmers, an international artist collective of diverse practitioners, founded by artist Amy Franceschini in 1995. One of the projects initiated by Futurefarmers is Land, Use, a multipart collaborative work that explores lifestyle and practices of shepherding as well as the environmental movement. Amy Franceschini and Madrid-based artist Fernando García-Dory hosted conversations with activists and created an installation that provided shelter for temporary gatherings and participatory events about land use. Their idea was to unfold the narrative of the shepherd and reactivate it in our present day. Sterrett pointed out what Futurefarmers had done could also inspire time-based media conservators in terms of managing the present and learning from multiple voices and stakeholders. In addition, she especially mentioned VoCA as an organization that offers a vital model for shepherding contemporary art. 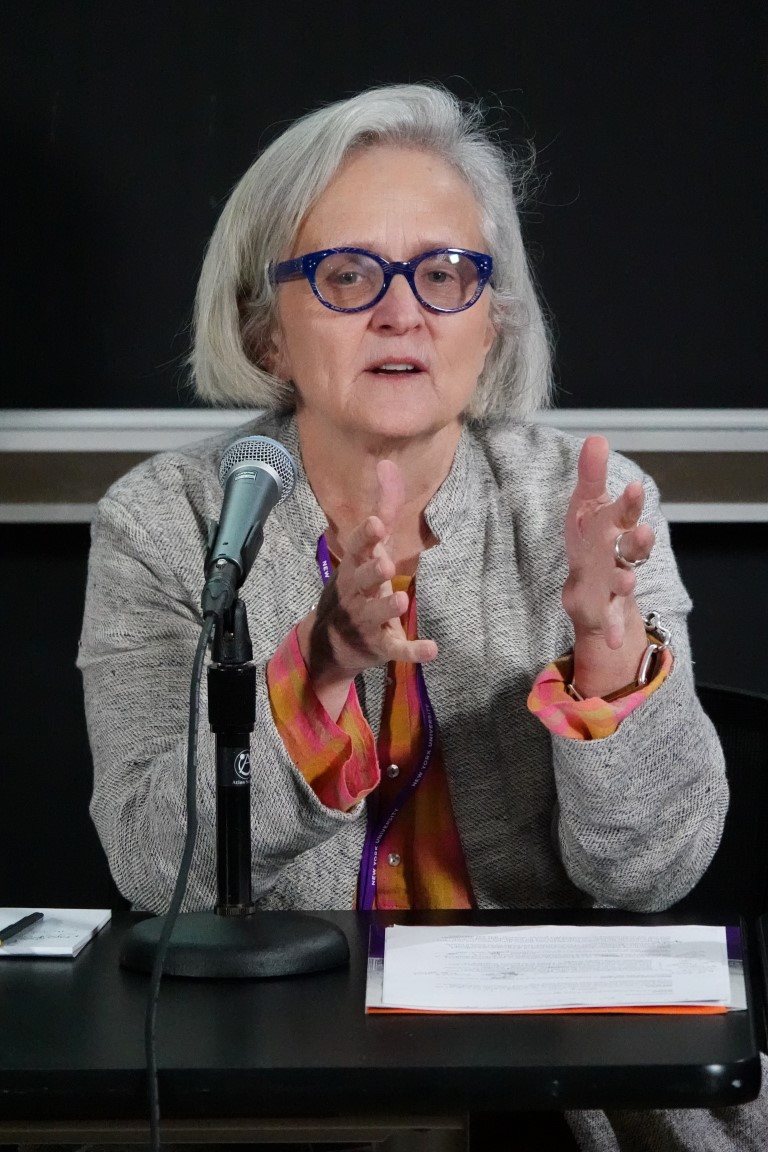 Alfredo Salazar-Caro spoke about a virtual museum dedicated to commissioning, preserving, and exhibiting works of Virtual Reality. Launched by Salazar-Caro and William Robertson in 2015, the Digital Museum of Digital Art (DiMoDA) focuses on providing tools and means for artists to experiment with new frontiers of art. As artists themselves, both founders started making audio-visual installations and chose game engines as their medium. However, they could only show their works in self-organized events and exhibitions since galleries and museums were not interested in the medium in 2015. When Virtual Reality became available for common users, they established a gallery showing their work in virtual spaces. Salazar-Caro expressed his belief that the virtual world would soon become common in everyday life.

The panel continued with further discussion around the necessary skillset that DiMoDA needed to maintain the collection. Starting the museum within the virtual space, Salazar-Caro acknowledged that they had to learn how to operate the museum in the real world, for instance, with evolving technologies, how to preserve the works of VR not only as data but also as experience for the museum. Rivers Ryan discussed Tony Conrad’s “pickled films,” reflecting on the importance of locating conservation practice in a social context. For DiMoDA, it is worthwhile to think about contextualizing its artworks in art history as well as its relationship to the new context created by technology. 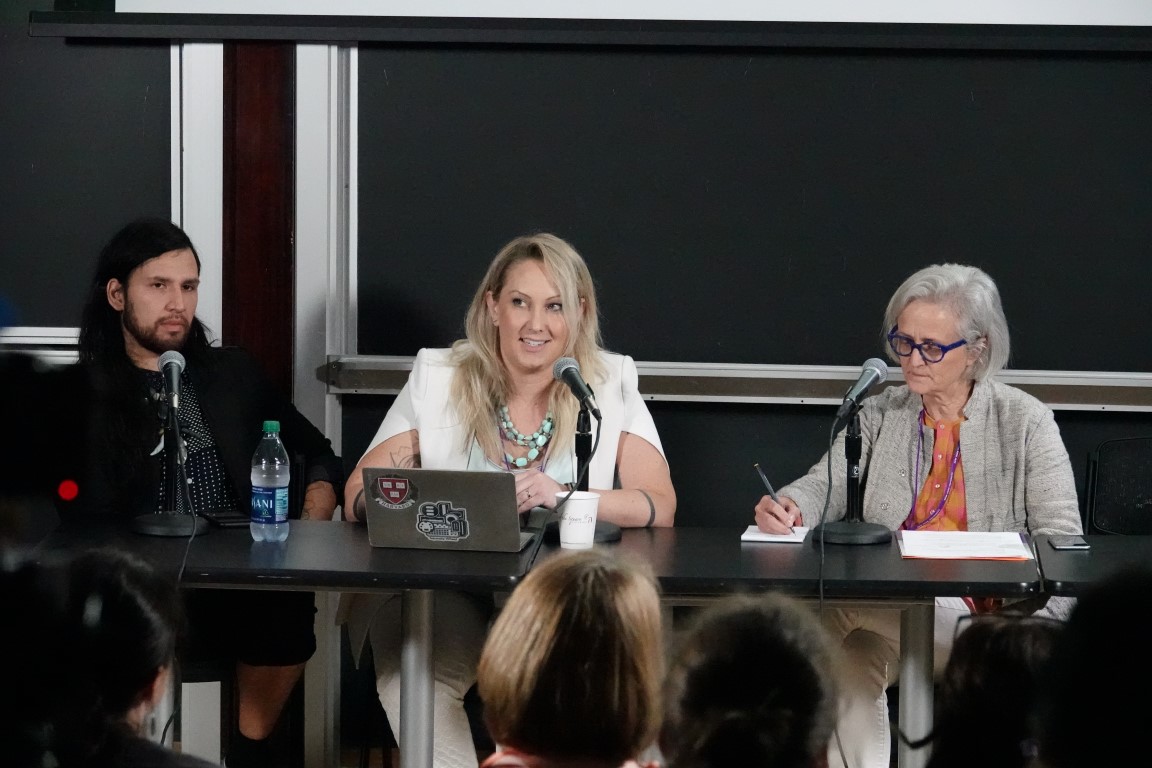 As Laurenson noted at the beginning of the panel discussion, what distinguishes conservation is not only the deep disciplined, specific expertise, but also the ability to imagine the future. The cases brought up in the session enabled us to be aware of the way TBM art and TBM conservation practice influence our present day as well as our shared future.

The full program and video of this session can be found at https://www.nyu.edu/gsas/dept/fineart/events/tbmsymposium2018.htm