This week’s returning writer, Elena Girelli, is project manager at Studio Daniel González, NY & Verona, Italy. She oversees the project planning and development of large-scale public artworks, performances, and shows of the studio. She received a masters degree in arts management at University of Bologna, which was then followed by a four-year term collaboration with Peter Brook touring activity in Europe.

Audience development is quite a hot topic among museum professionals today. And despite a widespread lack of economic and social support for public institutions, many independent institutions are exploring techniques aimed at strengthening their relationships with target communities through a variety of cultural initiatives. The Museo de arte contemporáneo de la Provincia de Buenos Aires (MAR), for example, is doing so by supporting Argentinean artist Daniel González’s research into community-based installations. Over time, the artist’s “ephemeral architectures” have evolved into a deep investigation about audience engagement. His upcoming public project, “#WhatsupArgentina Mi Casa Tu Casa,” involves Museum visitors and social media followers in the artistic creative process via the messaging app WhatsApp. Creative freedom and pro-active audience participation are the core focus of this artwork by González, which will be developed in two different ways: by virtual dissemination and a call for physical objects. 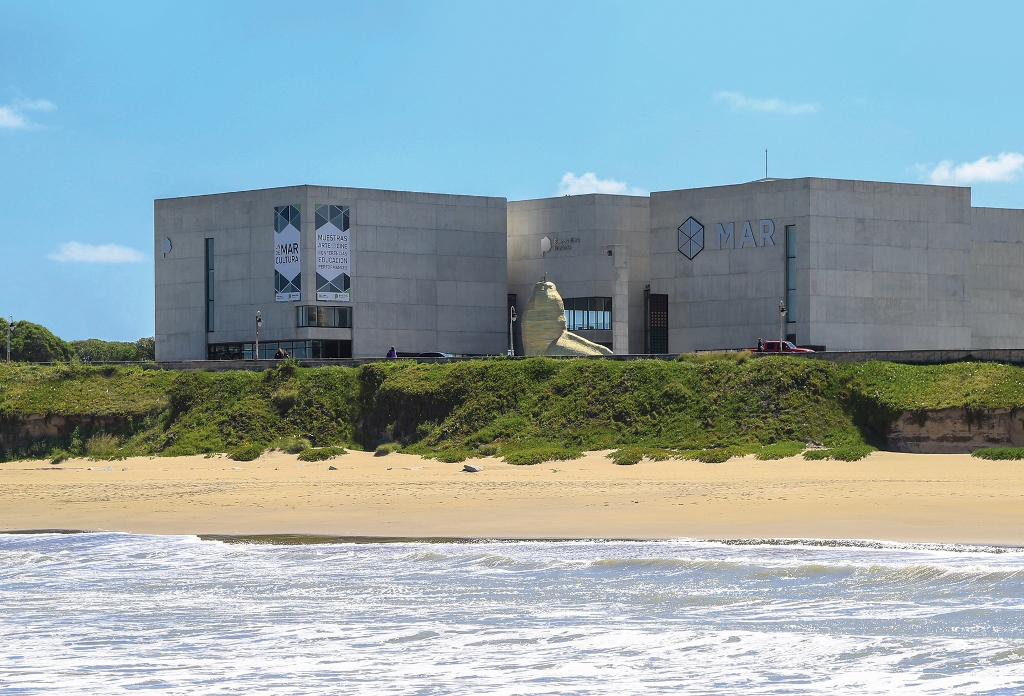 For the online component, the Museum and the artist are asking for an imaginative contribution answering the question “What does your dream house look like?” which might consist of text, an image, a vocal message, or a video sent to the messaging app. The institution is also setting up an operation to gather common objects which will physically become the first “community” dream house ever built. All contributors, both virtual and physical, will become co-author of the artwork as well, together with artist. Daniel González emigrated almost twenty-five years ago from his home country, and this exhibition is the first opportunity for him to access the artistic framework of his homeland through a commissioned project.

The whole production process will be the largest communication and creative operation ever built by a public Museum in Argentina. Here follows a brief insight from Museum’s Director, Micaela Saconi.

What was main reason for inviting Daniel González to exhibit in MAR Museo? How did you come to know his artistic research?

I met Daniel González through Marcelo Maran, a theatre director in Mar del Plata, where the MAR Museo is located. After this, I went through a bit of research about his work and I was impressed, not only by the final creations but also by the process and production; how he designs and creates in relation with the community where the artwork is located. So we met and Daniel presented a project for the Museum where people were meant to participate and create with him, and I found his proposal totally aligned with the major work that we are doing in MAR Museo.

How does the artistic research by Daniel González meet MAR Museo’s needs and perspectives?

Ever since I became Director, I have worked with the whole museum team to construct an identity that is both open to all and easy to reach. The museum has to be accessible, the programs have to engage, to change all the time and offer new activities constantly. This means also that the museum has to communicate in a way that the people always want to know more about it, through traditional media such as newspapers and radio, as well as via Instagram, Twitter, and Facebook. 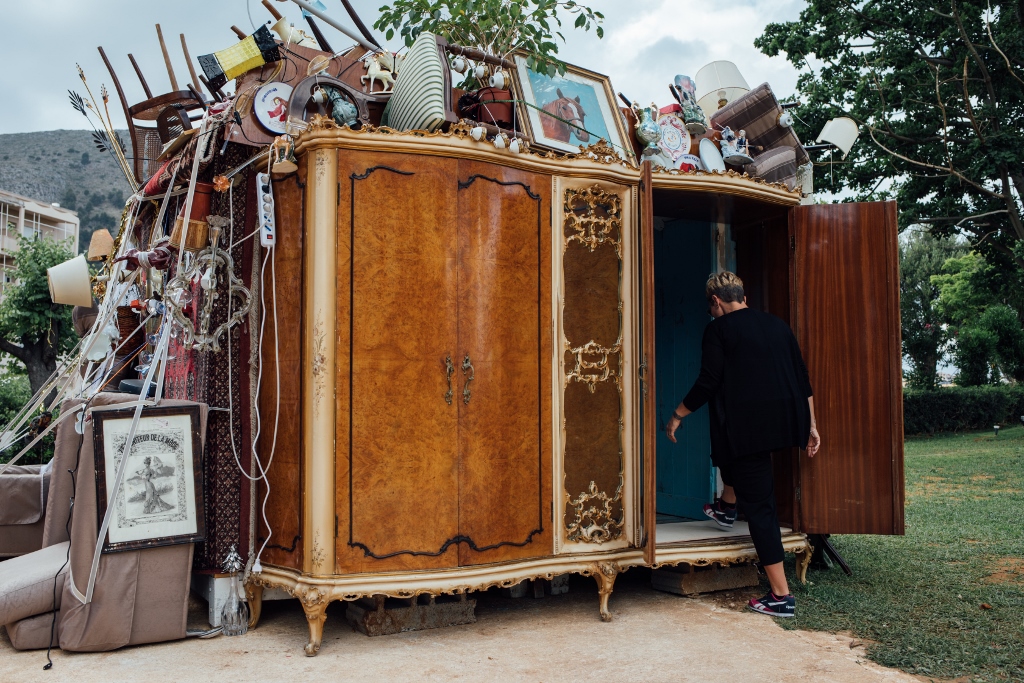 Daniel González’s artistic project for the museum includes both variables: it is a project where you can participate from the beginning and in an easy, friendly way. Moreover, MAR Museo is a public museum owned by the Buenos Aires province, and as such aims to exhibit local artists, including those with an international career; because being part of this part of the world is our identity too.

MAR Museo opened in December 2013, which was shocking in some way for the community. Mar del Plata is a tourist city, with nice beaches where people from all over the country like to spend their summer holidays; but it is also a city of 700,000 citizen not used to seeing contemporary art. So part of the work we do is to create a bridge among general visitors and contemporary art. Our main task is to let them have a relationship with the art piece, to not just receive information, but also comprehend and participate. In this way, Daniel González’s project is opening a new door: inviting everybody to participate from the very beginning, to be part, to create, to help, to be there, either with a message or by donating objects. I think the whole process is like magic, because in Daniel hands words and things will be transformed into an art piece and this art is that magic.

What expectations does the Museum have for this project? Do you feel people appreciate these kinds of projects? If yes, why?

I think the expectation is huge and that the mystery creates more enthusiasm. I think people will be really surprised when they finally see the work. The whole process, from how people participate, what they are saying, or which object they donate, speaks to what kind of society we are. Whether someone sends a message or donates an object, the person has opened up; to give something of his/her own privacy, a wish, a secret, or a possession. It is not easy, but many people did it. The work Daniel Gonzalez is doing is artistic but social too, because he is using WhatsApp, the messaging app we constantly use to communicate among each other; so there is a lot to consider, to think over, to debate. 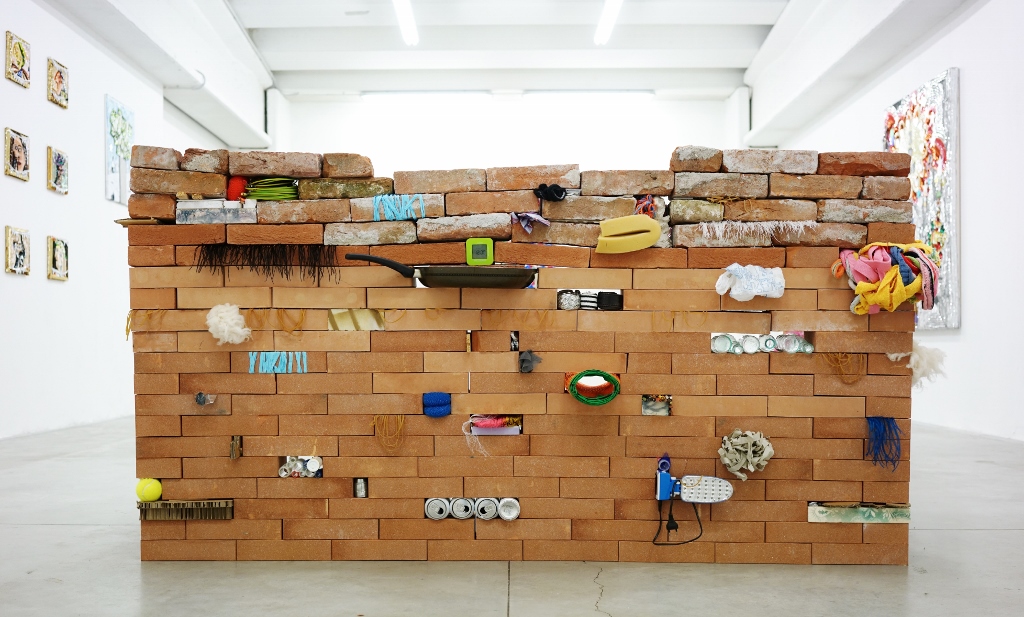 The call for contribution by MAR Museum is open until the end of December 2018. The installation “#WhatsupArgentina Mi Casa Tu Casa” will be open for construction on site from now through the grand opening reception on January 3, 2019. The whole ephemeral architecture will be on show in the common spaces, halls, and stairs of MAR Museo throughout 2019. It will also be possible to attend laboratories, workshops, and activities inspired by Daniel González poetics and organized by the Educational Department of the museum.