This week’s contributing blogger, Katherine Parks, is a third-year student at New York University’s Institute of Fine Arts Conservation Center where she is the Andrew W. Mellon Fellow for Library and Archive Conservation. She is particularly interested in conservation as a means of expanding access to rare books and archival materials.

The fourth session of the TBM Symposium 2018 considered the indisputable overlap between archival practices and time-based media art conservation. The four speakers presented on topics that considered the collaborative nature of TBM art conservation, highlighting the advanced technical skills, vocabularies, and connoisseurship required to perform such work.

Crystal Sanchez, Digital Preservation Specialist at the Smithsonian Institution, began this session with a talk entitled “TBM Artwork Component Files in the Smithsonian’s Institution-Wide Digital Asset Management System: Digital Preservation in Practice.” She described how the institution has been using their Digital Asset Management System (DAMS) as a preservation repository for time-based media artworks. Her talk underscored the importance of developing strong relationships between the collections care team and those IT specialists who are responsible for managing the 15 million image, audio, video, and related files in DAMS. Though the Smithsonian’s system requires a high level of technological proficiency, Sanchez concluded that ultimately the success of DAMS involves people from all departments working in partnership. 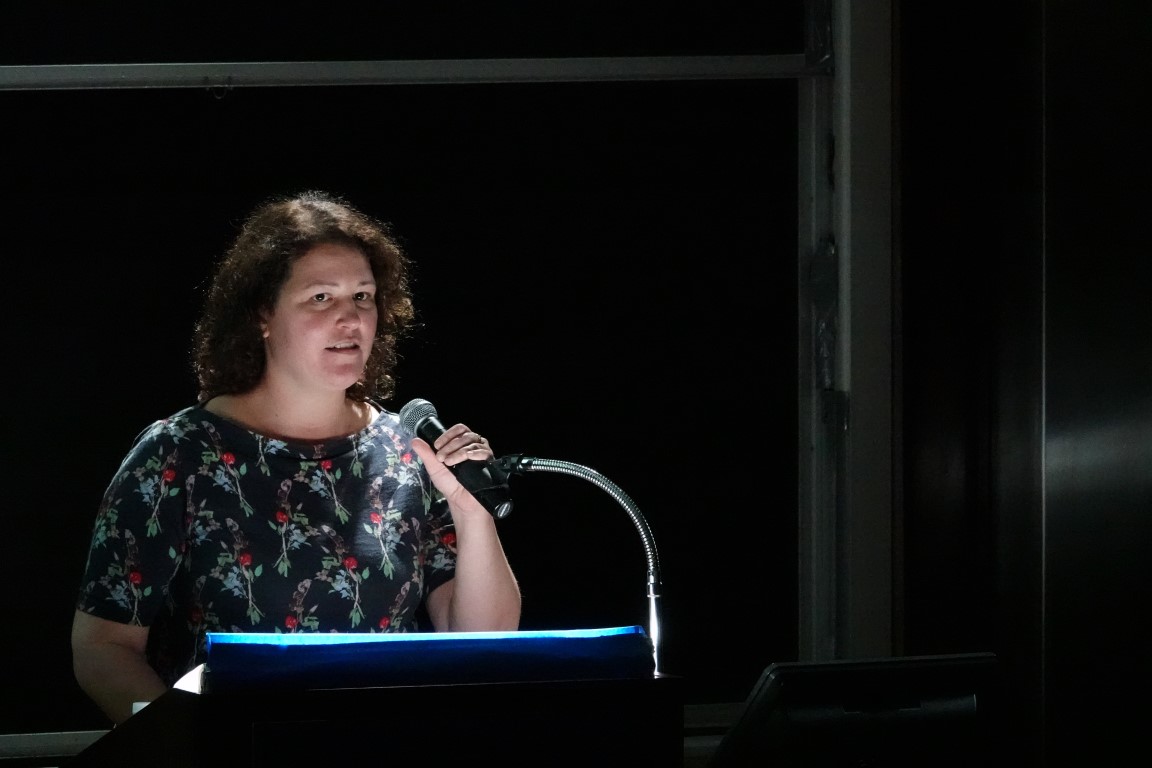 Hiroko Kimura-Myokam, from the inter media art institute (imai) in Dusseldorf Germany, presented her work as a research fellow in a talk entitled “Describing Time-Based Media Art in a Database: Metadata and Data Structure for Cataloguing of Analog and Digital Moving Images.” Her talk introduced a system for describing video artworks using the TMS collections management software. Relying on three independent features in the database, Kimura-Myokam shared the ways in which TMS can comprehensively capture metadata for imai’s collection of cassette videos. This system captures catalogue information, describes the physical components of the original media, and contains information about related digital preservation files. 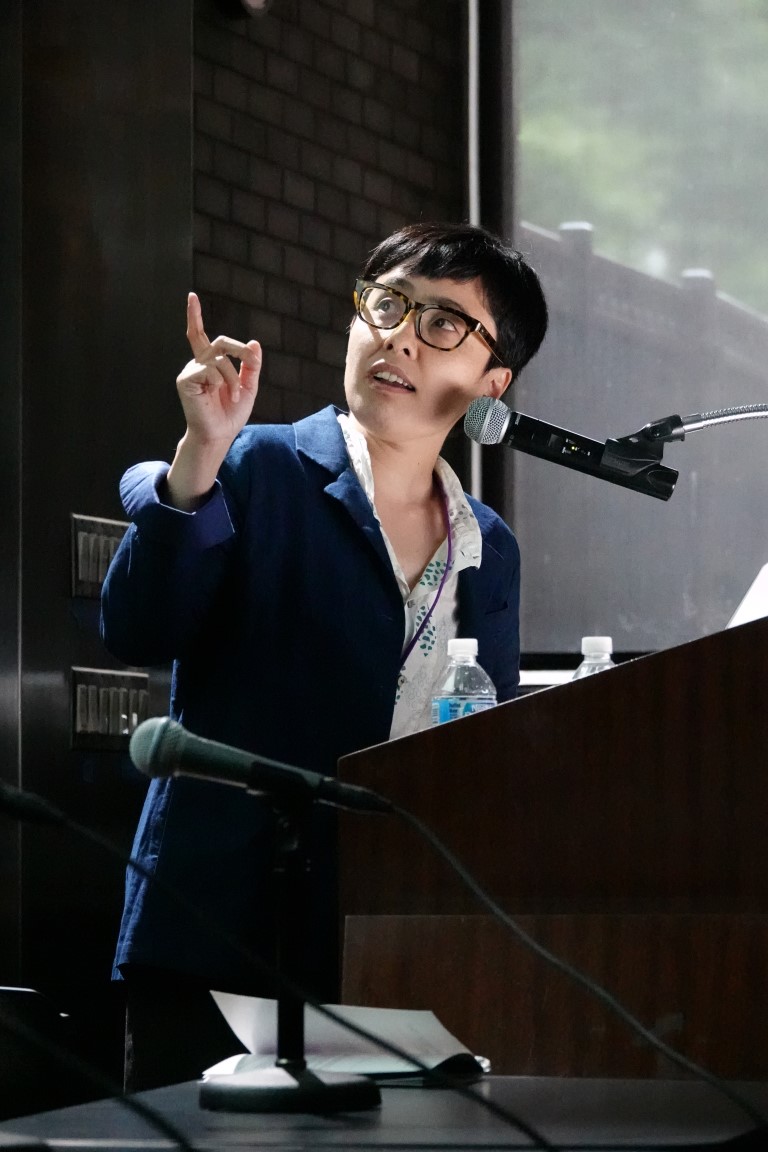 Alessandro Bordina, an independent researcher and PhD from the Università di Udine, offered an Italian perspective on video conservation in his talk “The Conservation of Video Art on Analog Support in Italy.” He discussed the challenges of preserving cassette tapes that have physically degraded due to inappropriate storage. He noted that few places in Italy have maintained the players for tapes and younger technicians are unable to properly identify the format of works. His studio, La Camera Ottica, focuses on the physical treatment and digitization of cassette tapes while also working to restore playback equipment. His talk emphasized the importance of media conservation education, as Italy only has programs in film conservation and students spend little time studying other forms of media. 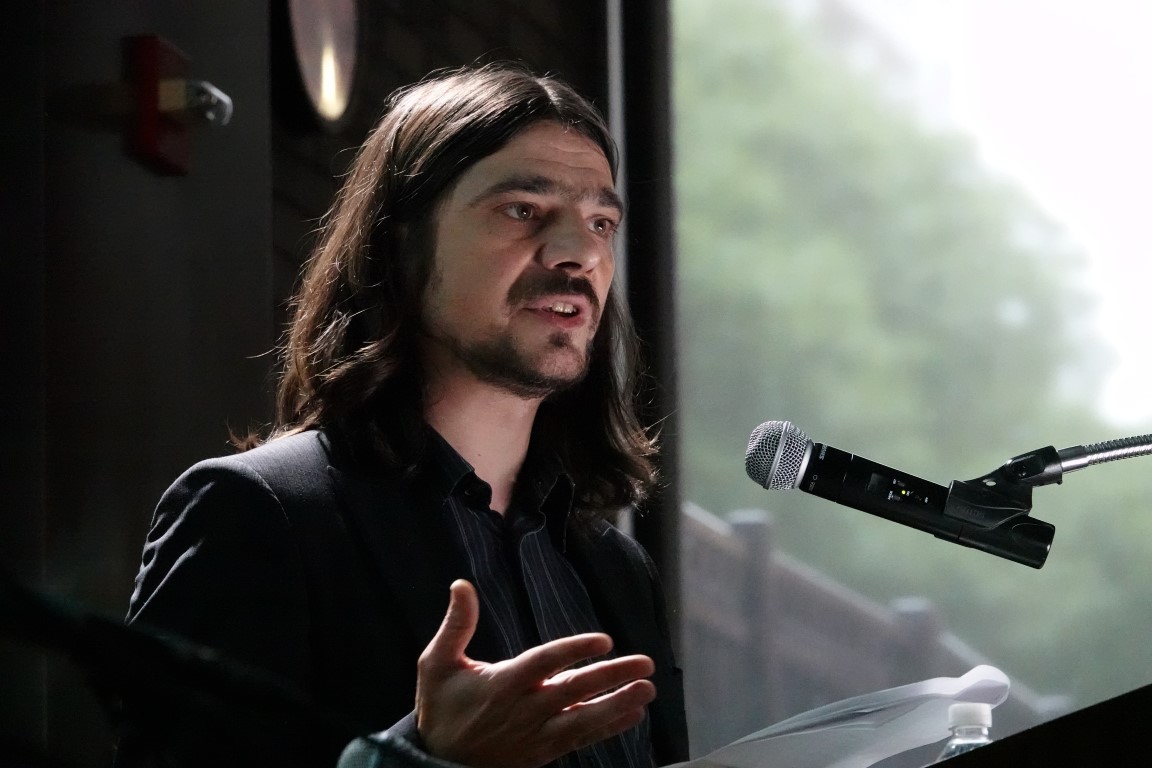 The final talk was given by Gaby Wijers, the director of Living Media Art (LIMA) in Amsterdam. Her presentation, “A Collective Approach on the Continuous Process of Monitoring and Adaptation to Technological Change” described LIMA’s role as a digital art repository for over thirty collections and as a TBM conservation educator. Most of LIMA’s digitization, preservation, and distribution work is performed by a group of technicians who receive on the job training. In addition, LIMA offers workshops for collections care teams and sponsors research projects that aim to empower artists to preserve their own works.

The Q&A session was moderated by Mona Jimenez, a media art conservator at Material Media in New York. The discussion was brief and centered on fostering communication between conservators and IT. Crystal Sanchez offered advice based on her experiences at the Smithsonian. She suggested arranging for IT and TBM conservators to tour each other’s work spaces. These types of visits enable dialogues between different teams and offer an opportunity to demonstrate the day-to-day tasks of each department in a visible and tangible way. 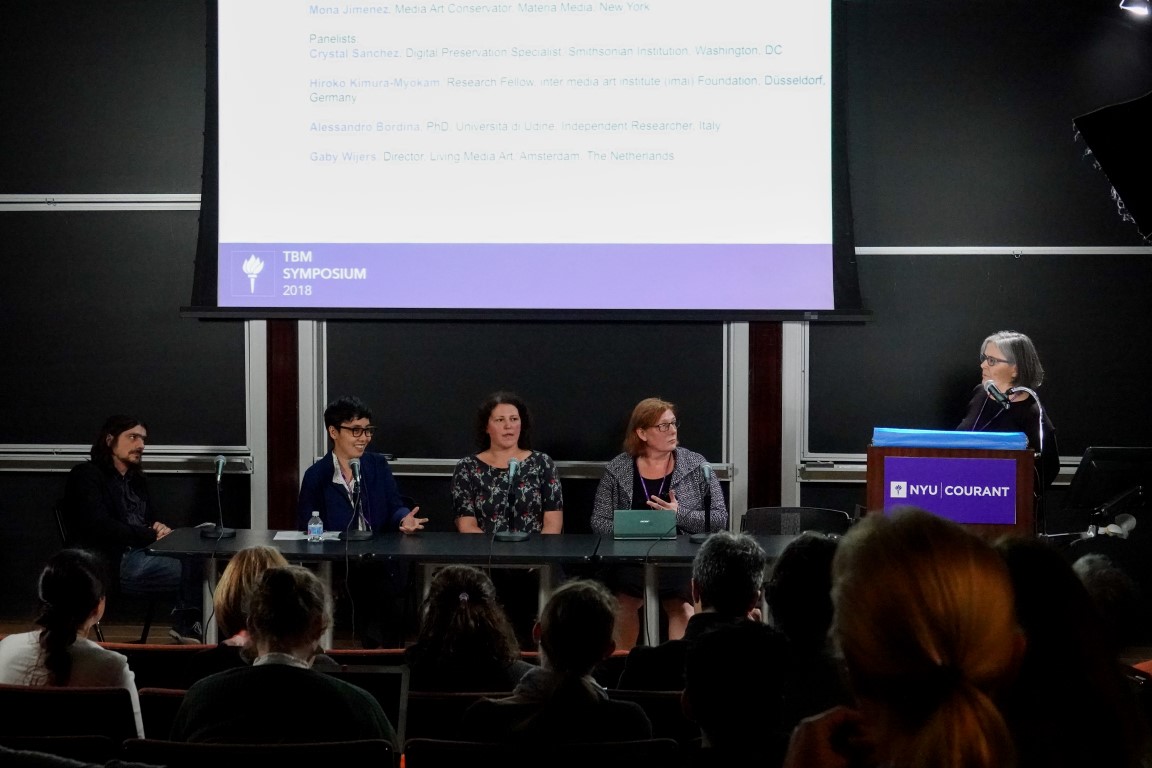 The speakers in this session were in agreement that the practice of TBM conservation requires more than just technical knowledge and skill. Just as an archivist serves a number of different functions in various places – repository, record, and research hub – the TBM conservator must be especially flexible. The successful TBM conservator should advocate for best practices, adapt existing systems, all while serving as an ambassador and educator. TBM conservation is a harmony composed of patience and passion – qualities evident in all of speakers in this session.

The full program and video of this session can be found at https://www.nyu.edu/gsas/dept/fineart/events/tbmsymposium2018.htm.