This week’s returning author, Charlotte Meyer, was born in England, and currently lives and works in Brooklyn, N.Y. She completed her undergraduate degree in Textiles from Nottingham Trent University in 1989, and graduated from Pratt Institute with honors in Sculpture and Liberal Arts. She is currently represented by Opus Projects, is an Artist Guide at Judd Foundation, and was a Visiting Scholar at Dedalus Foundation. 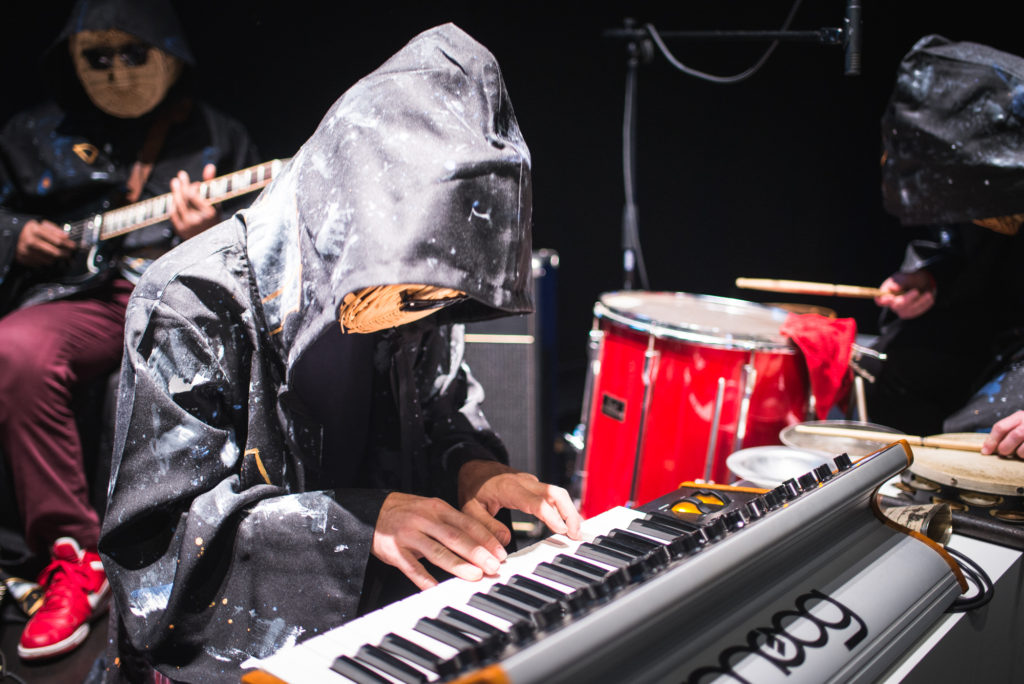 In January 2018, SFMOMA hosted the VoCA Summit: Six Years of Convening Voices in Contemporary Art, a day-long gathering to reflect upon VoCA’s Artist Interview Workshops. Since 2012, these workshops have generated conversations around the conservation of contemporary art, and remain committed to gaining a more in-depth understanding of artists’ creative processes through interviews. Based on a model crafted by Richard Candida Smith and VoCA Board Member Jill Sterrett, the workshops are held at various institutions throughout the country, which bring together conservators, curators, art historians, and artists to explore the best practices for talking with artists, and the archiving process.

Key speaker Michael Auping began the program by sharing stories from forty years of experience interviewing many of the most accomplished artists of his generation including Anselm Kiefer, Agnes Martin, and Robert Irwin. His presentation, entitled “Just Talking About Art: Interview Best Practices,” highlighted the importance of less formal exchanges and building relationships with artists over time. His authentic interest in where their earliest influences began, and the circumstances which surround the creation of the artwork was evident. 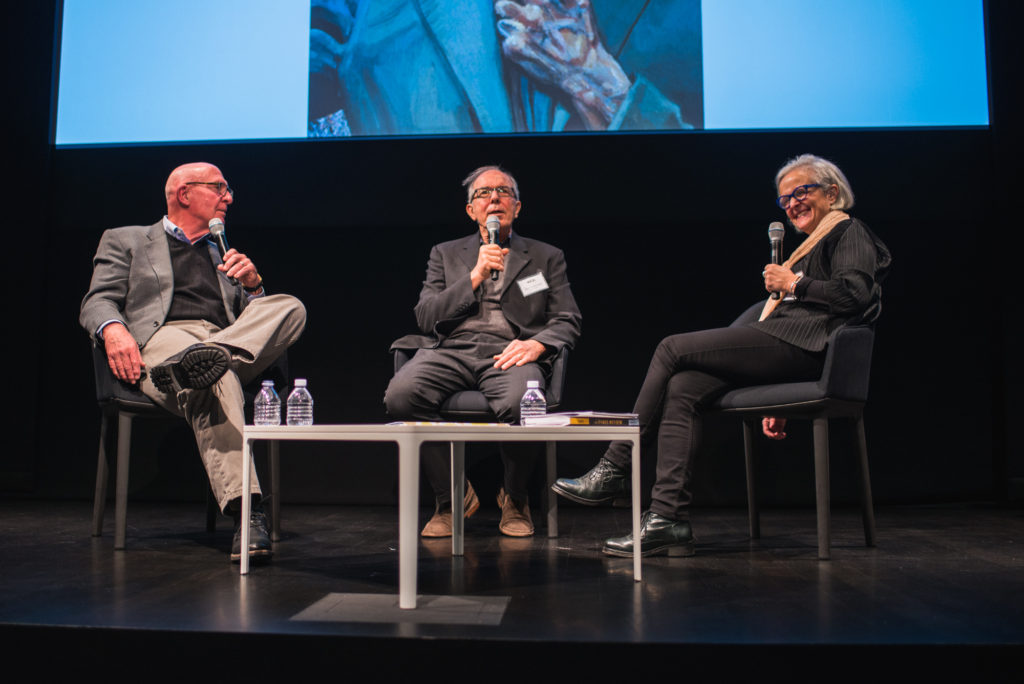 Auping recalled learning the “secret code” behind Ellsworth Kelly’s painting La Combe III, an abstract piece from the early 1950s. While in transit from Kelly’s Paris studio to Boston for an exhibition, a problem arose with Customs: the officers didn’t recognize the piece as a painting because it contained no recognizable imagery, and thought perhaps the mark making represented secret communist code. Kelly had been inspired by a photograph of shadows falling across a stairway, which the audience couldn’t have known without access to this information. In this instance, Auping’s insight and knowledge creates a link to the past that points to specific moments in art history, not written by historians, but as told by the artist.

Later in the day, Shervone Neckles Ortiz, an artist and an administrator at Joan Mitchell Foundation, spoke about the Creating a Living Legacy (CALL) program as a resource for visual artists to protect the future of their work. In her talk, “Preserving the Artist’s Voice and Legacy,” Ortiz explained that a “small action can make change in a complex system.” She described the process of pairing an established mature artist with a younger emerging artist trained in digital archive techniques in order to catalogue and document the older artist’s work, which often re-connects the artist to themes from their early career.

Ortiz reflected that the CALL initiative greatly benefited from her participation in one of VoCA’s Artist Interview Workshops, which gave her time to build relationships with other arts professionals and eventually lead to the creation of the collaborative CALL/VoCA Talk series. These artist interviews extend CALL beyond JMF, offering the opportunity for the public to connect with the work. As Ortiz reflected on the success of the cataloging, documentation, and interview process, artist Arlan Huang, archivist Beth Krebs, and art historian Robin Clark joined her on stage to discuss the privilege of being included in this program and the friendships that followed. 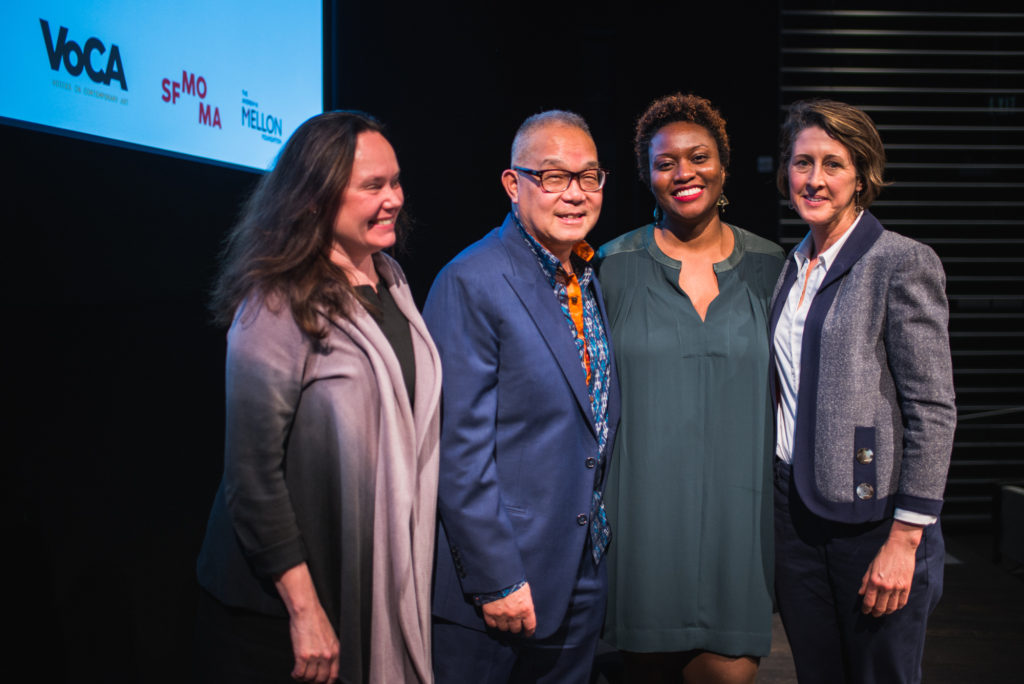 The Summit also acknowledged some of the challenges inherent in artist interviews in Every Connection Leaves a Trace, a panel discussion moderated by Pip Laurenson. The panel included scholars from the fields of Conservation, Oral History, and Art History who analyzed the historical record as an unstable document. Jess Rigelhaupt spoke on the reliability of memory in relaying the details of story; Narayan Khandekar compared a private versus public conversation with an artist and the performative aspects of the interview; and Gloria Sutton demonstrated how context and time might shape historical information. Together they explored how the variables that affect the accuracy of the published interviews, such as looking at how the interview was composed, and when the recording of the interview took place, which raised questions about language as a communication device. 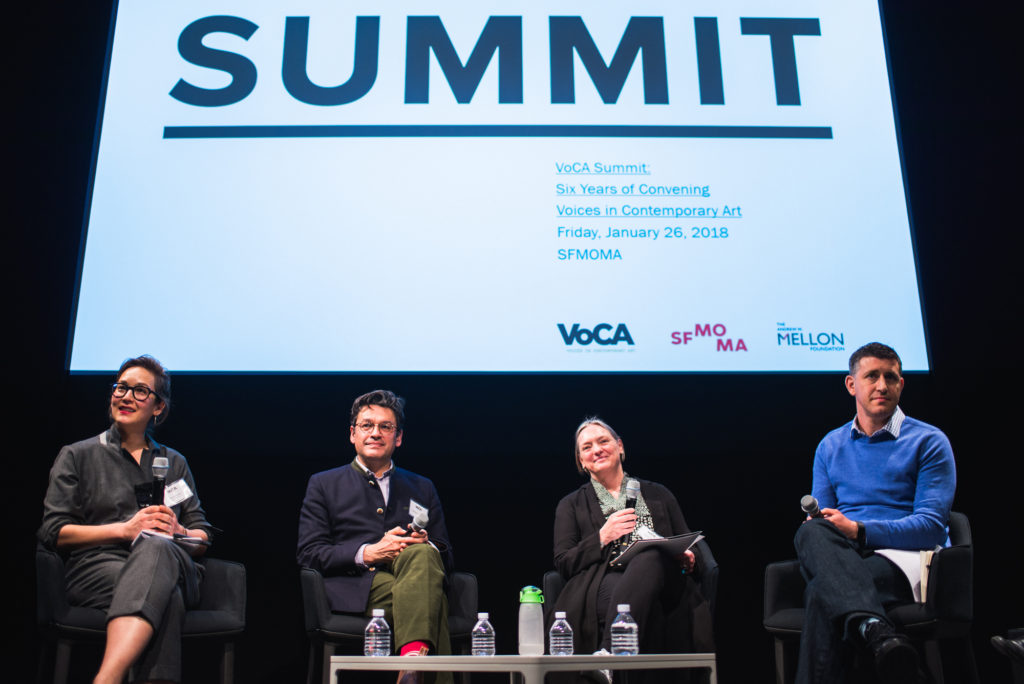 To conclude, I share Jill’s advice “to remain a student always” because, as Auping noted, “you become what you study.” At the end of the day, each Summit presentation directed the audience back to the artist and the artwork we seek to preserve. When we listen to them speak, see their work, and read their words, we become aware that the meaning of a work does not reside in in any of these alone, but rather the ways that they influence one another.