This week’s contributing blogger, Elizabeth Lyons, is a second year M.A. student at New York University’s Institute of Fine Arts and received her B.A. in Art History and French from Trinity College. She had the pleasure of introducing Rafael Lozano-Hemmer during the lecture. 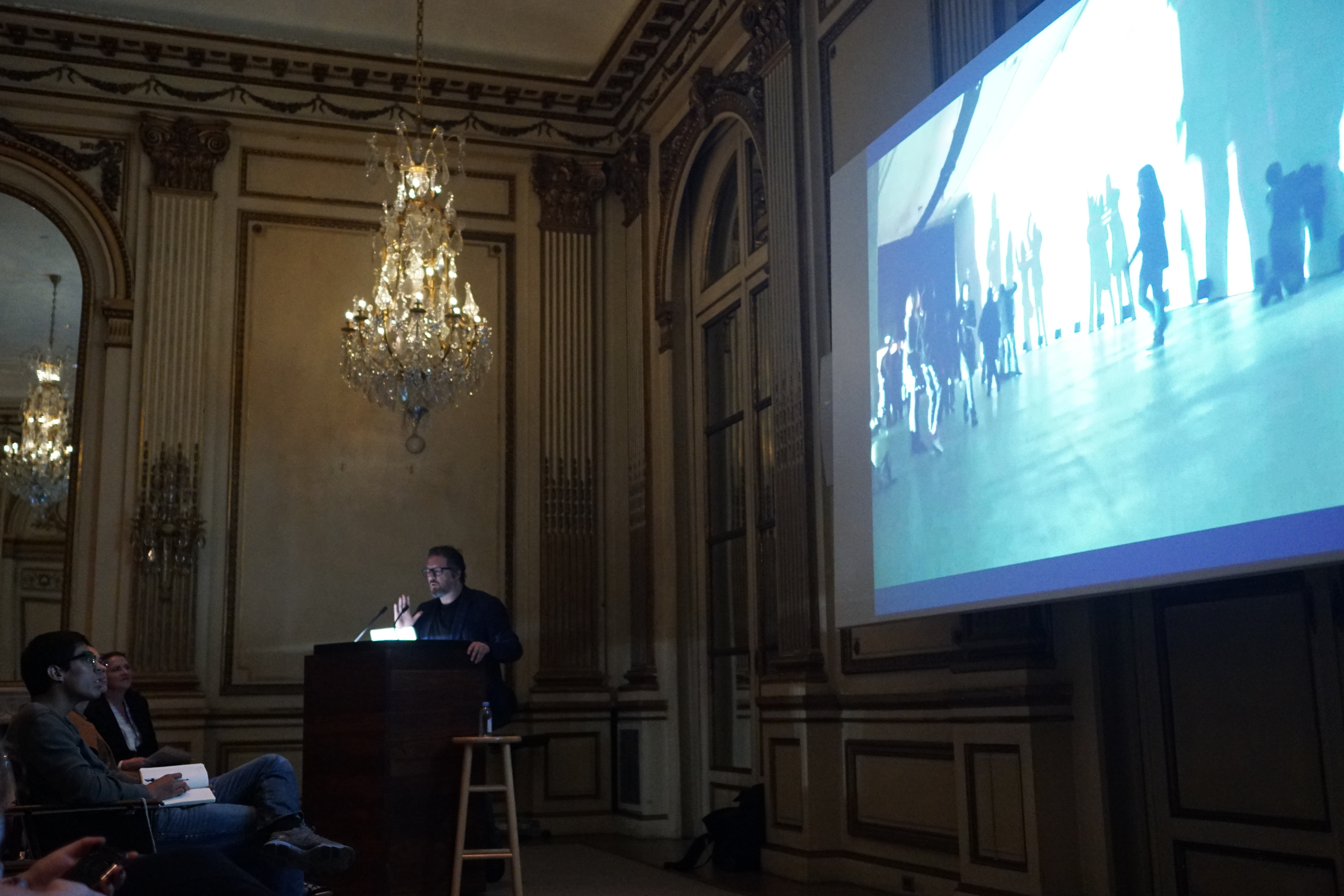 On October 3, 2016, New York University’s Institute of Fine Arts held its third evening lecture in a ten-part series on Topics in Time-Based Media Art Conservation. Rafael Lozano-Hemmer, one of the most prominent contemporary electronic artists, presented his lecture titled “Best Practices for Conservation of Media Art from an Artist’s Perspective.” The lecture brought together students, conservators, artists, curators, and other museum professionals for an engaging presentation on the potential steps artists can take to be more proactive about the future conservation needs of their own artworks.

Time-based media art is one of the fastest growing fields in contemporary art. Artists have increasingly become interested in incorporating a diverse range of technologies in their art. The expansive range of different media can make conservation efforts difficult. As a result, artists themselves are becoming more and more concerned with the planning and treatment of their own works. Artists like Rafael Lozano-Hemmer have begun to work more closely in collaboration with curators, conservators, and other stakeholders in the decision making process.

Rafael’s art is regarded as a connection between performance art and architecture and is deeply rooted in his use of a wide variety of technology and media. Rafael’s works focus on the interaction and engagement with the public. He is attempting to make electronic art much more accessible to all of us. With his recent solo exhibition at the MUAC Museum in Mexico City, he made the source codes for every artwork exhibited fully available to the public. His presentation provided some of his personal solutions to the complex conservation questions that artists face today and the monetary opportunities that it can bring to his studio.

Rafael’s presentation was divided into two sections. The first portion of the lecture involved his commentary on eight of his artworks and the ways in which the works have transformed over time through conservation efforts. The second portion focused on the summarization of the main points of his article “Best Practices for Conservation of Media Art from an Artist’s Perspective,” where the title of the presentation comes from. The case studies he discussed showcase the variation of works he has created throughout his artistic career. Highlights of the conservation procedures of these case studies included integrating new technology into past works, version control artworks to track and document changes, and stating directly which components of the artworks are irreplaceable and which can be substituted.

Rafael expressed during the introduction of his presentation that in the beginning of his career he was weary of people collecting his works. But he began to understand that he wanted his legacy to be persevered and have his works re-performed so that they are not lost to the constant change of technological innovations and potentially forgotten. He decided to take a more active role in the conservation of his works and published his article as a result. Unfortunately, many artists do not have the resources to be able to construct a specific conservation plan for each work. Rafael proposes that artists, assistants, and studios should view conservation as a source of income. If a piece in a collection is having an issue, then the artist can be asked to help fix it based on an accepted fee. Perhaps more artists will be eager to focus on conservation if they are compensated for their efforts.

The evening was insightful and thought provoking and brought about a discussion that continued well after the presentation was over. It was refreshing to hear an artist speak so candidly about his business model. Like the participatory nature of his artworks, Rafael engaged with the audience throughout the entire lecture and the audience was just as engrossed with what Rafael had to say.