This week’s contributing blogger, Jessica Holmes, is a writer and critic whose work frequently appears in the Brooklyn Rail, artcritical.com, and other publications. As the former longtime Deputy Director of the Calder Foundation, she has also published and lectured widely on Alexander Calder’s life and work. Find her writing and other projects at www.jessica-holmes.net. 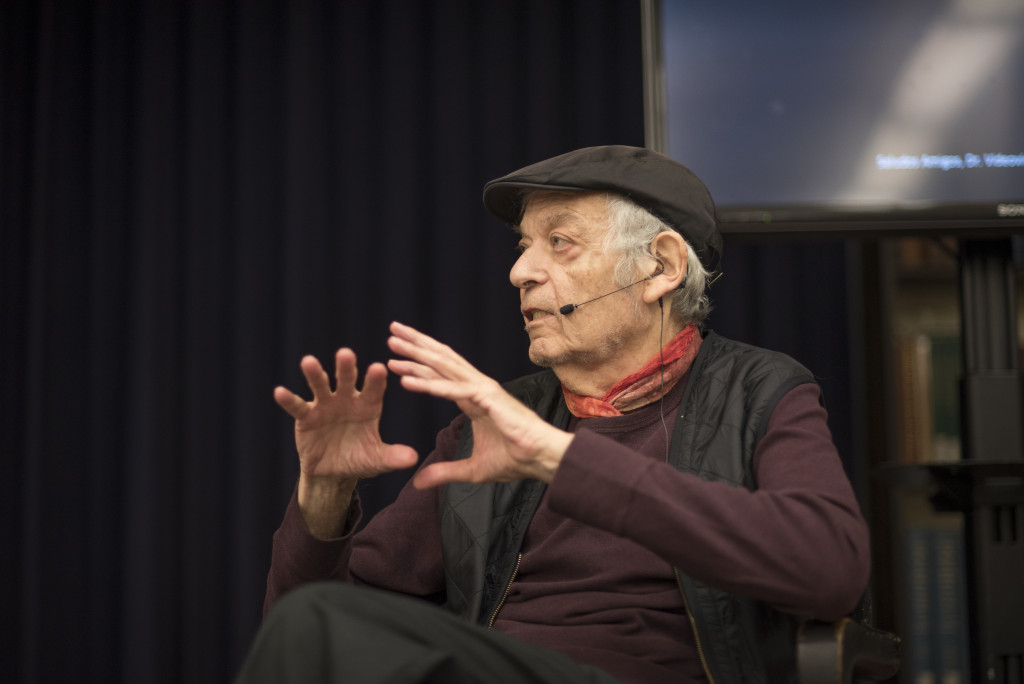 On 13 January 2016, VoCA rang in the New Year with the fourth installment of their premiere collaborative lecture series, hosted in conjunction with the Joan Mitchell Foundation: an animated conversation between artist Jaime Davidovich and Steven O’Banion, Director of Conservation at Glenstone. Nestled within New York University’s vast Bobst Library, the setting for the event, the Fales Library & Special Collections, was an apt one. Fales holds the inimitable Downtown Collection— an archival trove of documents, films, photographs, and other ephemera dedicated to the burgeoning art scene that thrived in and around SoHo, East Village, and Lower East Side neighborhoods in Manhattan from the 1970s through the 1990s. Many of Davidovich’s own papers are housed in this collection, donated to Fales a decade ago.

As a legend of that downtown art scene, Argentinian-born Davidovich regaled the audience with his sharp memories and impressions of the era. He was living in New York and working as a painter by the late 1960s, immersed in his so-called “tape paintings,” his experiments with the application of adhesive tape to canvas in order to push conceptual bounds. When the medium of videotape was invented in 1969, he said, using it seemed like the next logical step in his investigations. Then, when it arrived in the mid-1970s, cable television became the artist’s chosen conduit for video art.  He took to Manhattan’s early cable access airwaves, and for many years produced programming under the rubric of the Artists Television Network, a non-profit organization he founded in order to explore and foster the medium of “TV art.”

The crowd at Fales was treated to several excerpts of the artist’s work from these years, including: New York Project I (1975), an early film of Davidovich creating one of his adhesive tape paintings; Outreach: the Changing Role of the Art Museum (1978), a send-up of a highbrow, roundtable talk show program; and Portrait of the Best Artist (1982) a tongue-in-cheek, man on the street interview between  Davidovich, conducted under the guise of his alter-ego, “Dr. Videovich,” and “Rene,” a street artist who had painted a large mural on the side of a building on West Broadway proclaiming “I am the best artist.” Seeing these early lo-fi productions, with their patchwork aesthetic and deeply satirical content made the viewer long for the pleasure of seeing a full and proper retrospective of Davidovich’s creative output.

As one of the benefactors of the Joan Mitchell Foundation’s CALL (Creating a Living Legacy) initiative, a portion of the discussion was given over to the special challenges of caring for Davidovich’s collection, so much of which is contained on videotape, a notoriously feeble medium known for its rapid decomposition. O’Banion noted, however, that Davidovich has always been a pioneer of new technology, and even at 80 years old he continues to embrace it. His videos have all been digitized, and Davidovich himself keeps copies of them on an iPad Pro, which provides him easy access to his oeuvre no matter where he is in the world. Contemplating this, it quickly becomes clear what a remarkable tool this is for a visual artist, especially one working on video (or other film media), but Davidovich seemed to take it all waggishly in stride. As he once said of his art on videotape, the idea was to follow in the footsteps of Marcel Duchamp. But rather than putting a urinal in a museum, he said, “we’re putting a museum in a urinal.” 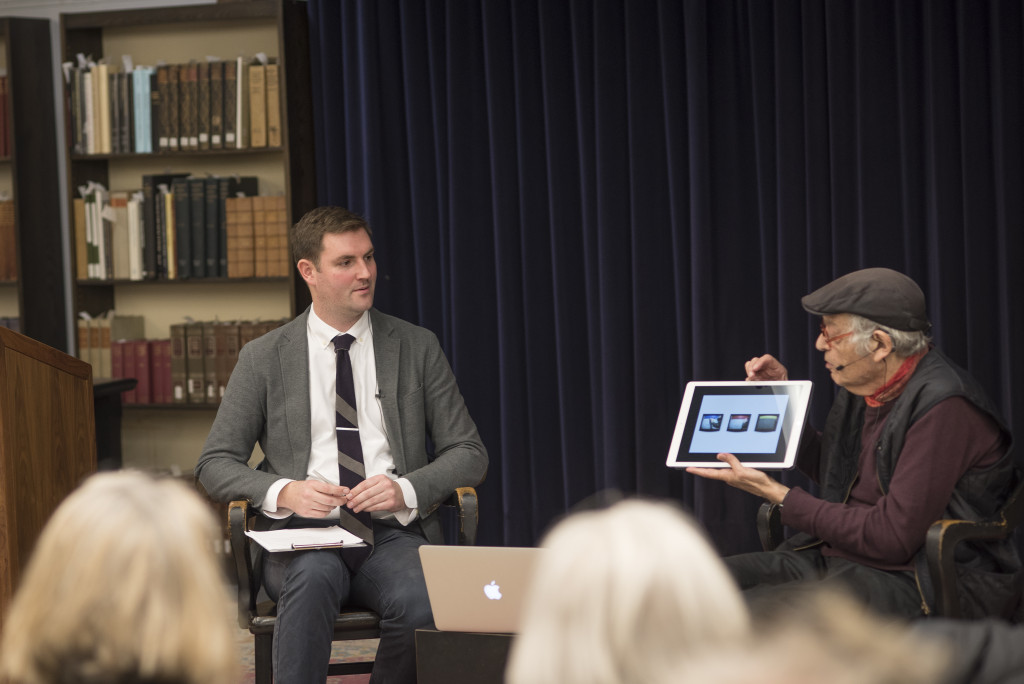 A video recording of this event is now available on VoCA’s Vimeo channel: https://vimeo.com/172621962