Heather Brown is a Graduate Fellow in the Winterthur/University of Delaware Program in Art Conservation where she specializes in photographic materials and paper. Heather is currently finishing her third-year internship at the Museum of Fine Arts, Houston.

Deep in the heart of Texas, you may be surprised to find one of the top five most important photography festivals in the world—the FotoFest Biennial. This year’s program, held from March 15-April 27, was Houston’s 15th international consecutive biennial of photography and photo related art. FotoFest was founded in 1983 by photographers and journalists Wendy Watriss and Frederick Baldwin, and gallery director Petra Benteler as a platform for the discovery of ideas and little known artists, as well as the education of the gulf coast community. The first biennial program opened to the public in 1986 and now features an extended selection of events including portfolio reviews, conferences, workshops, multiple exhibitions throughout the state, and an official exhibition catalog detailing the work of this year’s 49 artists. Following with recent years’ themes featuring under-represented geographic regions (e.g. Russia 2012, China 2008, and Latin America 1992), this Biennial covered the topic of Contemporary Arab Video, Photography, and Multimedia art, and addressed the aesthetic and cultural values affecting artists from several Arab countries. 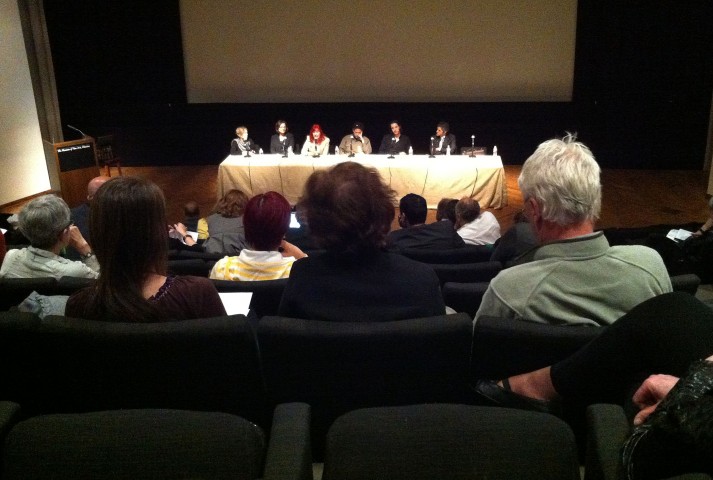 A Q&A panel at the FotoFest conference, hosted by the Museum of Fine Arts, Houston

Early on in the six-week program, the Conference on Visual Art in the Arab World brought together the many masterminds behind the exhibition, some of the artists themselves, and other prominent figures in Arab art and history. Before they began delving into specific artists and their work, I was happy to hear the first group of speakers discuss the BIG question: what is the role of Arab art in the 21st century? The best explanation was offered during the Q&A panel and explained the nature of art as cyclical; Arab art features prominently in the ancient timeline of art history, but near the turn of the century there was a shift to Western art, and now it’s time to cycle back across the globe. Art Historian Salwa Mikdadi presented an overview on development of the marketplace and international recognition of Arab art, listing the first Arab country to be represented in the Venice Biennale as Egypt in 1952, and in 2013, five Middle Eastern countries were invited to show.  It’s clear that an evolution is happening, just at a gradual pace. The purpose behind the Arab art theme at this year’s FotoFest Biennial is partially to allow these artists to tell their stories, but also to persuade museums and curators to continue establishing the infrastructure for Arab art. As demonstrated with the new Guggenheim initiative to advance contemporary Chinese art, the influence of an institution is vital to enacting change in the market. One speaker summed up the conference in a phrase, “Utopia is where global modern art is equal.” 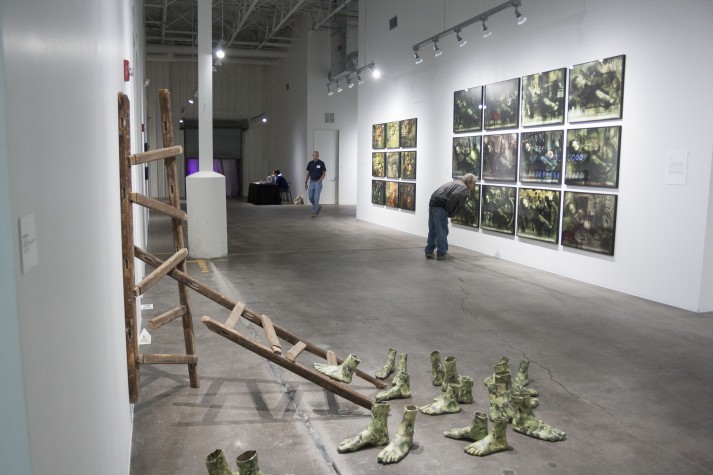 A view of the exhibition space inside the Summer Street Studios, including mixed media works

The official FotoFest exhibitions, curated by Karin Adrian von Roques, were organized into groups by artist and spread throughout five galleries in the city. I walked into the galleries with a strong interest and background in photographic materials, but having very little knowledge of contemporary Arab art, apart from what I learned at the conference. While many of the artworks were rooted in Arab culture, they were less focused on stereotypical “Orientalist” themes than a range of topics that inspire all artists—Western and non-Western alike.  Artist Steve Sabella, who spoke during the conference, describes his series of work as confronting independence and exile. In Metamorphosis, Sabella’s imagery contains collages of landscapes and architecture skewed in perspective and repeated in pattern. Another series by Sabella called 38 days of re-collection consists of digital images printed onto paint chips that were collected from his family home in Jerusalem. The pieces look as if they were artifacts from the Old City, but the reality is that it is image is just photo emulsion over the original paint. Unfortunately these works no longer exist as they were damaged during transport, so all that remains is the photographic documentation of each piece and of the installation. 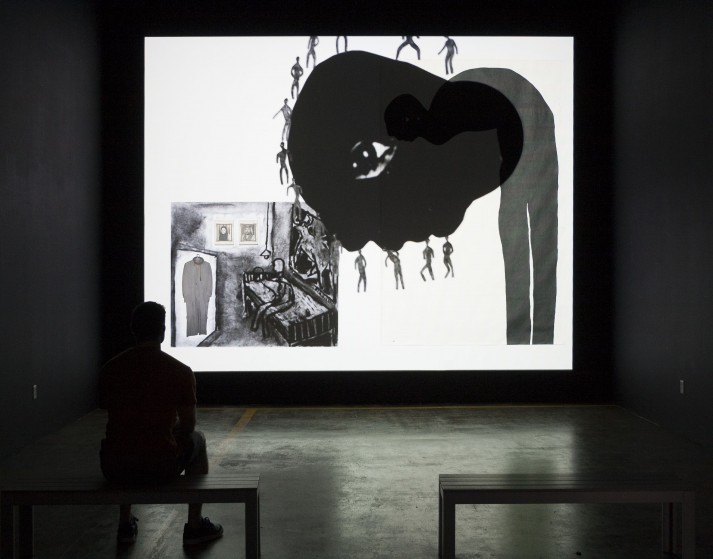 From a material standpoint, the majority of the artworks in the exhibitions were digital prints, some were traditional photographic media like gelatin silver and chromogenic prints, and others mixed media including animated projections, x-rays, magnets, illuminated manuscripts, rubber stamps, India ink, glitter, and more. When it comes to the preservation of these works, I think the challenge is less about understanding the materials (much of that research has been done) and more about documenting the objects and their significance. This task is made difficult by the fact that there are few, if any, photograph conservators in the Middle East. Until the market for Arab art becomes stronger, there will be no demand for a comprehensive database of artists and their work, nor the resources available for its long-term care. For the sake of re-forming contemporary art history, it is important that we figure out the best ways to extend our efforts from North America and help to build awareness of contemporary art in the Arab world.

If you would like to read more about global outreach for photograph conservation, please visit the website for the Middle East Photograph Preservation Initiative.