Crystal Sanchez is a media archivist/preservationist at the Smithsonian Institution on the Digital Asset Management team (DAMS), working with digital audiovisual collections. As a member of the Smithsonian’s Time-Based Media Art Working Group, she is currently working on a project to interview thought leaders who work to plan for the technological needs of media artworks. 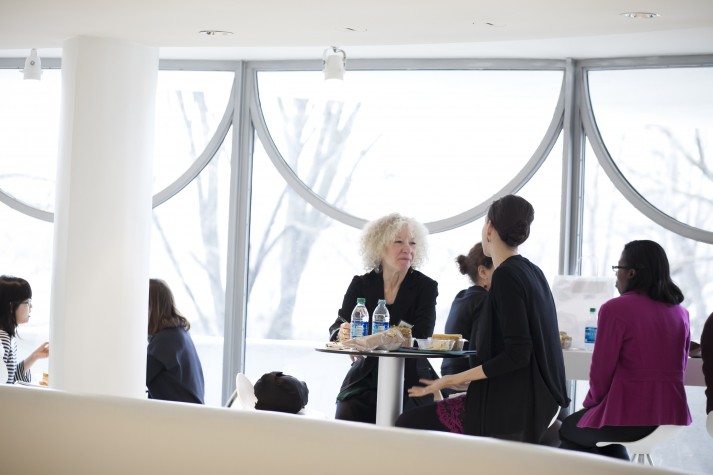 Workshop Participants Interview Each Other Over Lunch

For two days in March, I was one of a few dozen professionals at the VoCA Artist Interview Workshop at the Guggenheim Museum. Down in the basement auditorium, we tackled interview methodologies viewed through an art conservation perspective with workshop instructors Professor Richard Cándida-Smith and SFMOMA Director of Collections & Conservation Jill Sterrett. The approach was to mix the needs of art conservators with general methodologies behind conducting oral histories. Topics included creating rapport with interview subjects, focusing questions, the art of listening, and legal issues. Although the atmosphere was casual, the schedule was intellectually relentless, where breaks and lunches included getting your hands dirty with guided activities. 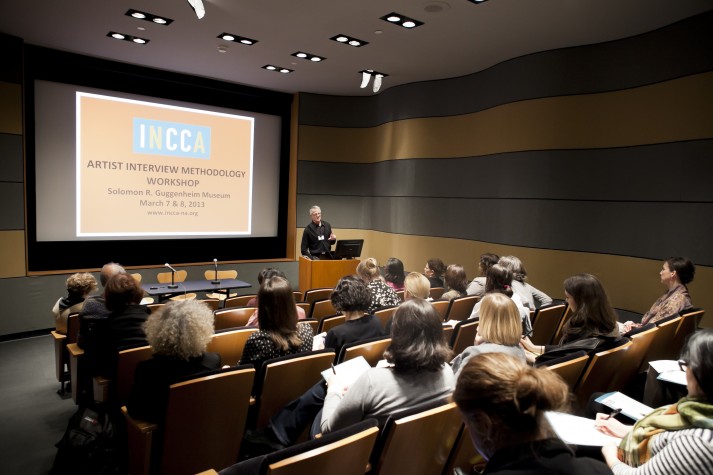 Because of all that New York City provides, the workshop was strengthened by its variety of guest speakers. Carol Mancusi-Ungaro, former Menil Collection art conservator and founder of the  Artist Documentation Program, provided valuable advice from the things she learned after interviewing and recording countless artists. As a media archivist, I knew about the project through the recent work to preserve and provide access to the video recordings, many of which were on obsolete media, so Mancusi-Ungaro’s talk was a nice full circle moment. Dr. Glenn Wharton, media art conservator at MoMA, outlined his strategy for interviewing artists who work in media based artworks. As artworks with media components are at risk due to their technological dependencies, artist interviews become an essential part of the process to define acceptable parameters of change to the work for future installations. 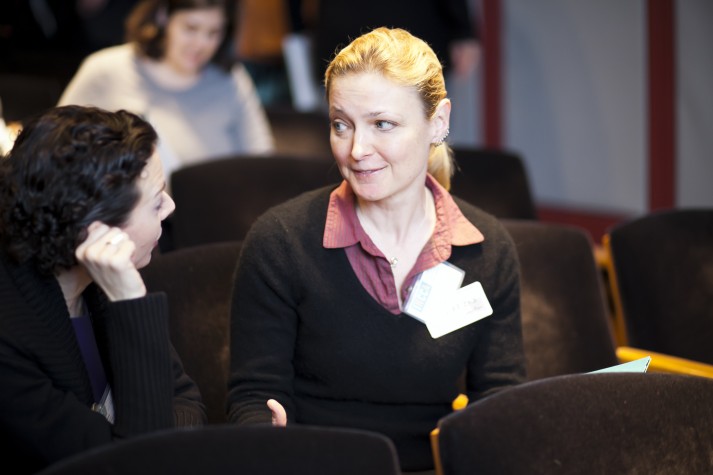 I specialize in media- arranging, describing, prioritizing, and preserving; I also get to work with others in planning for the preservation of media artworks. So, it was great to be in a room filled with art conservators, talking about the need for interviewing artists as part of art conservation methodologies. For media works, discussing the work’s parameters of change- in the face of rapid technological change- is essential.

A great contribution to the workshop came from the Guggenheim itself. In a completely organic and spontaneous discussion, a staff lawyer revealed that the artist interview, one of many conservation resources, is positioned as the authoritative source for the installation and preservation of artworks at the Guggenheim, allowing for some measure of flexibility for the Museum to ethically conserve their artworks according to future needs. This also allows for the artist to change their mind over time in future interviews without having to completely re-negotiate acquisition contracts. This talk, while completely relevant for my work with media, was unplanned and off schedule- reflecting that VoCA’s workshop and leadership allowed for the same kind of flexibility that we, as workshop participants, were taught to approach the interview process itself. Quite poetic.