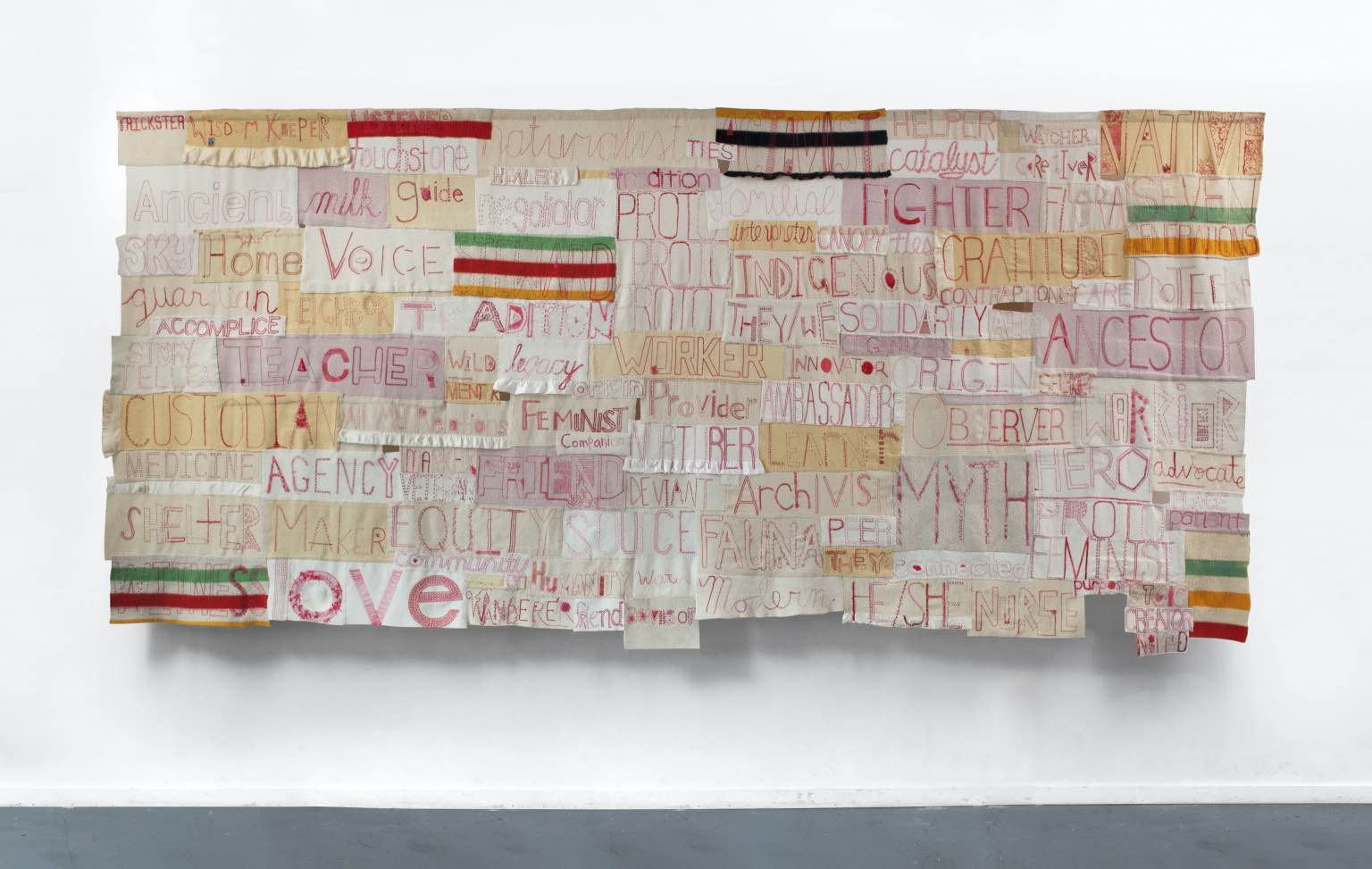 Today, we share some exciting news: the Terra Foundation for American Art has awarded VoCA a $100,000 grant to support a new series of programs focusing on the work of contemporary Native American artists!

VoCA’s Native Voices series will include a dedicated series of VoCA Talks, Artist Interview Workshops, an issue of VoCA Journal, and partnerships with organizations that focus on working with Native American artists. The initiative will advance the best practices for the stewardship and care of contemporary Native American works of art, one thoughtful program and unique relationship at a time.

In hallmark VoCA fashion, a small, dedicated committee of colleagues have spent years (literally!) developing this program series. We are indebted to our Board Vice President Marie Watt (Seneca) for her vision and leadership in laying the ground for the initiative. Alongside Marie, several of our Board and Program Committee members worked to bring the series to fruition. Thank you to our superb working group:

We’re inspired by this expanded vision for VoCA’s future, and we’re already at work on next steps. Please stay tuned for information about the first artists to be featured in the series – more news on that coming in early 2023!