This week’s contributing writer, Nina Quabeck, worked as a conservator at the Kunstsammlung Nordrhein-Westfalen in Düsseldorf from 2003 till 2015 before embarking on her doctoral research as part of NACCA (New Approaches in the Conservation of Contemporary Art), a Marie Skłodowska-Curie Innovative Training Network funded  by the European Union H2020 Programme. She is based at the University of Glasgow, researching that most persistent of tropes, the artist’s intent in contemporary art.

Critic and art historian Cesare Brandi once described conservation as “a critical act”: the methodological moment of recognition of a work of art.[1] Distinguishing between material as structure and material as signifier, he was the first conservation theorist to propose that substitution of material can be legitimate.[2] The recent Schaulager symposium, Fabrication and Disintegration in Contemporary Art, held on September 7-8 2017 confronted its participants with a poster child of an example in the perpetual preservation of Robert Gober’s Untitled (1995-1997). While on display, this installation requires constant monitoring and continuous substitution. Presenting us with his “logbook of change,” Schaulager’s conservator Marcus Broecker shared an array of inventive solutions he had to come up with to preserve the artists’ hand-crafted reproductions of real-life objects which adorn the underwater-world from the adverse effects of the medium they are embedded in – deionized water. The artist’s signature hairy wax-legs are subject to unintended epilation, for example, as individual hairs are ripped out by the steady stream of water that washes around them. Each missing leg hair will be replaced, time and again. 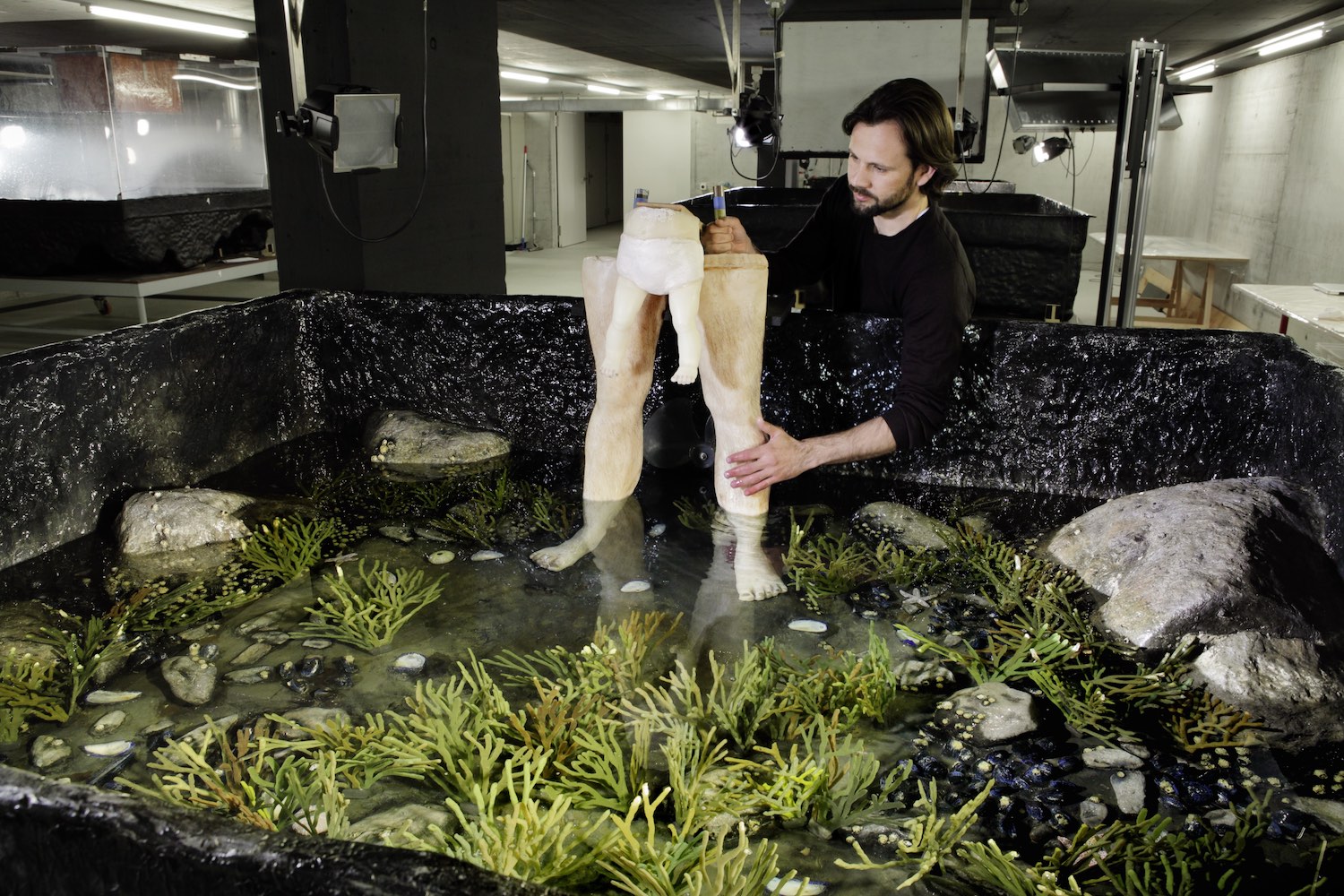 The departure from the concept of alternating periods of display with periods of dormancy (in which installations are dismantled and stored in bits and pieces) to a permanent state of accessibility (not of the parts but of the whole work) is what sets the Schaulager apart from most institutions collecting contemporary art. This unique approach grants scholars and staff constant access to the collection. In the case of Gober’s work, the state of display necessarily goes hand in hand with decay. It is a fast-forward of material change, so to speak, that another institution with a standard cycle of display/dormancy would encounter only after years and years of ownership of the work. This has resulted in an extraordinary accumulation of material expertise on the conservator’s part, a side-effect of which is a close working relationship with the artist whose problem-solving attitude is matched by the institution. It also gave rise to the question whether conservators, when feeding back their insights to the artists’ studios, are actively participating in the genesis of material and artistic creation.

In a very entertaining variation of an auto-ethnography, conservator Ulrich Lang (DieRestauratoren) reflected on his own extensive involvement in installations such as Maurizio Cattelan’s Untitled (Table), from 2007, asking himself (and us): What exactly was I doing there? Was I the artwork’s co-producer? From the very involved Cattelan project, he turned our attention to a seemingly simpler work: Joseph Beuys’ Capri-Battery (1985). Lang asked – touching also on material substitution – where, in this artwork, does the “original” reside? In Capri-Battery, it isn’t located in the first lemon handpicked by the artist; it resides in the process of changing the fruit, the substitution of which demonstrates our respect for the work, which demands “Change battery after 1000 hours.” 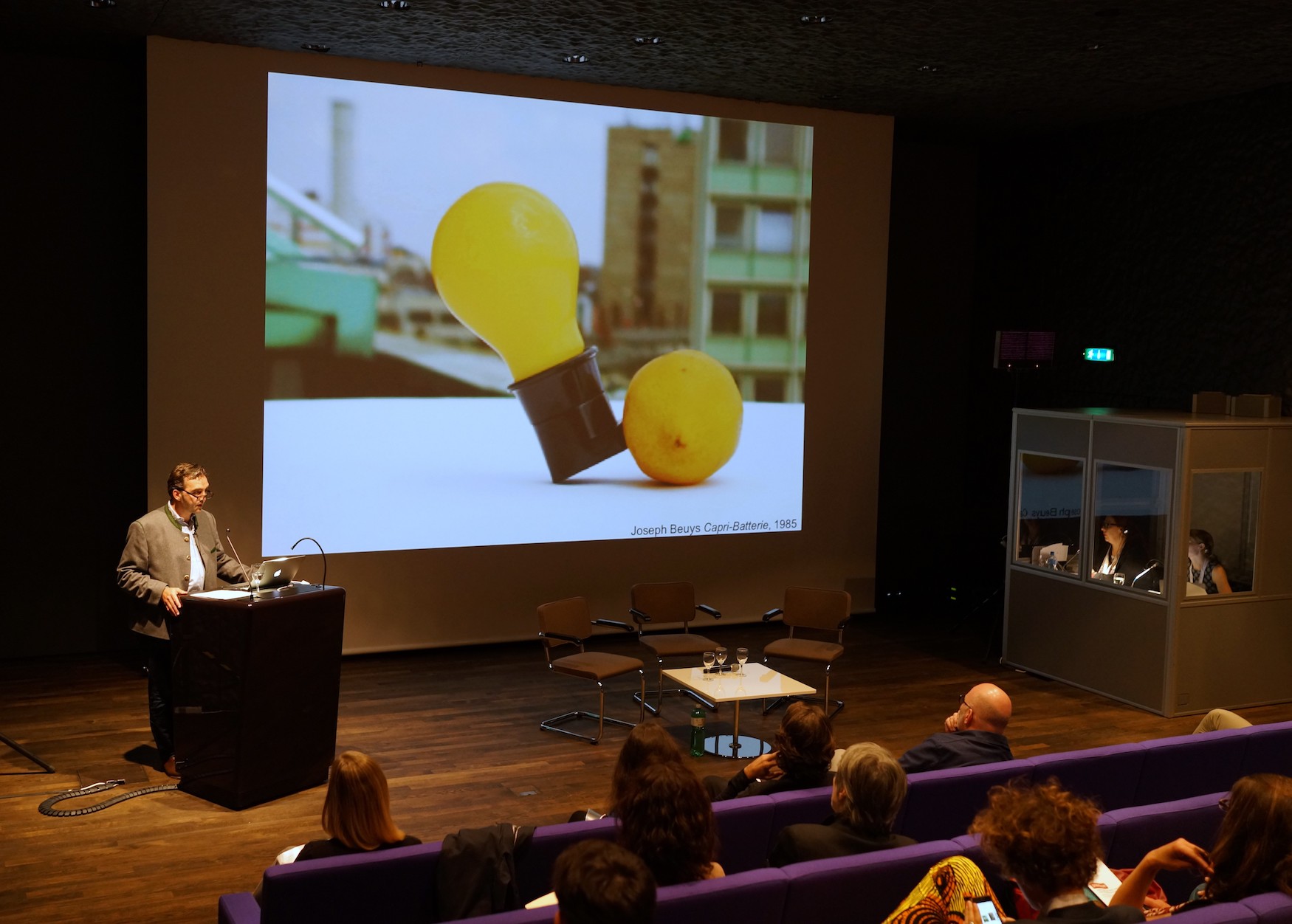 Ulrich Lang discusses the multiple Capri Battery (1985) by Joseph Beuys in his presentation at the Schaulager. Image: Peter Schnetz, Basel

Compared to the gargantuan, technically complex works we so often encounter in the contemporary art museum, Capri-Battery is a most deceptive artwork of modest scale – yet the heated debate this case study sparked during Q & A illuminated that interpreting artist intent is never straightforward.

In his talk entitled “The Artist’s Studio – A Space of Creativity and Business,” conservator Christian Scheidemann of Contemporary Conservation Ltd. delved further into this topic by comparing the fabrication practices of Robert Gober and Paul McCarthy. Thanks to his privileged position as an adviser and friend to both artists, Scheidemann was able to share with the audience the inner workings of two very different studios. We learned that Gober works with a small team of only 3 + people, outsources the fabrication process as needed for specialized skills, and meticulously documents the fabrication history for all his works. McCarthy Studios (note the plural) on the other hand operate with 10 times the staff, which includes specialists from the Hollywood industries. As the materials adopted from those trades are often ephemeral, McCarthy consults with Scheidemann, striving to exchange some of the unstable materials with more durable alternatives during the fabrication. After these excursions into the reality of art production and conservation, the question is: Are conservators increasingly acting as shadow-fabricators? 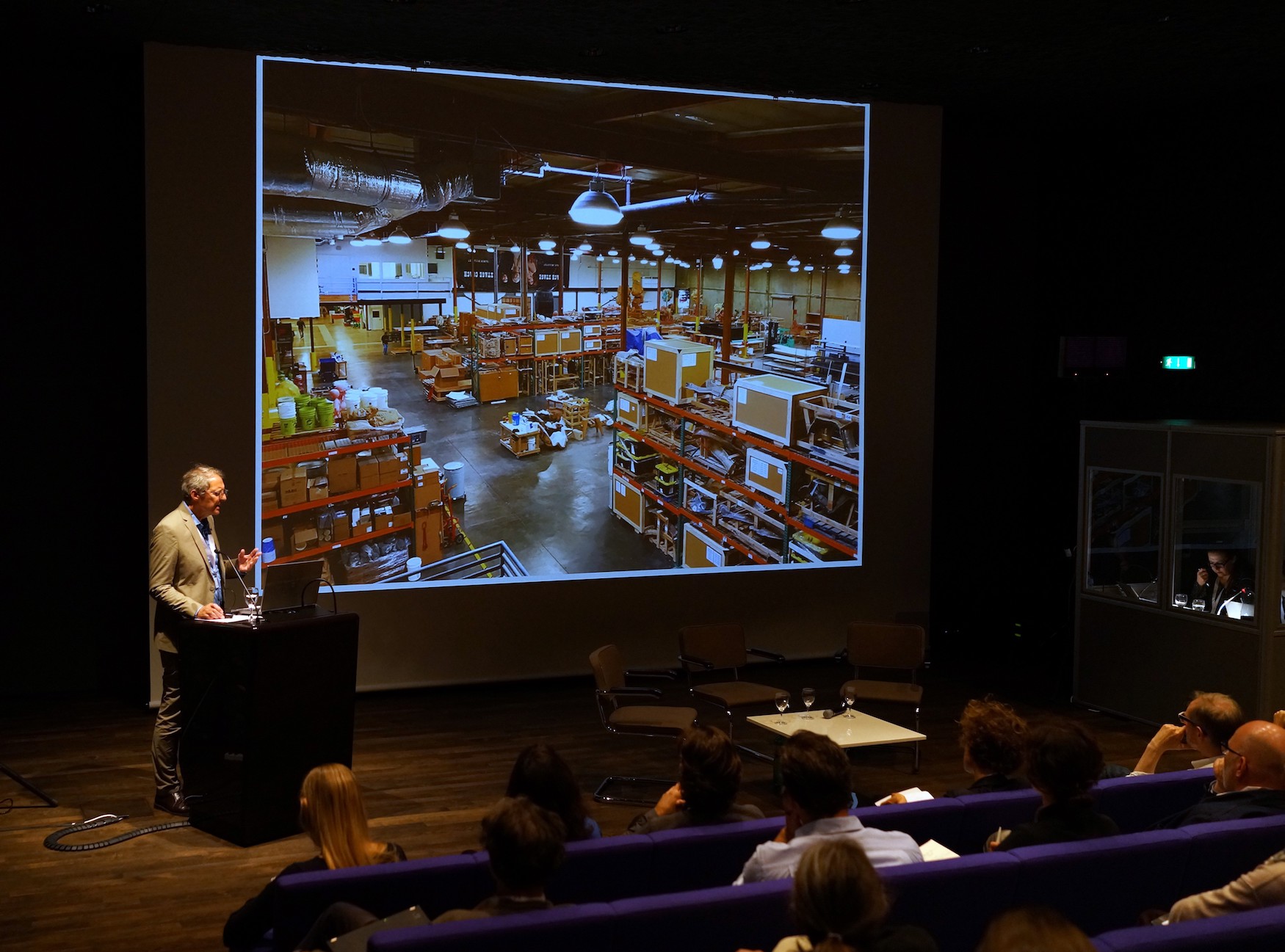 Behind the scenes at the McCarthy Studios: Christian Scheidemann shares an image by P. Bashira in his presentation at the Schaulager. Image: Peter Schnetz, Basel

Entering such zones of un(der)acknowledged facts from the realm of production in the art world was what set this conference truly apart: the organizers Jasmin Sumpf, Lea Brun, Marcus Broecker, Christian Scheidemann, and Vera Wolff made it a point to bring in experts from fabrication such as Amy Baumann (studio manager, Laura Owens Studio) and Sven Mumenthaler (technical expert, Kunstbetrieb AG Münchenstein), the artist Raphael Hefti, as well as scholars such as Monika Wagner, Dietmar Rübel, Dieter Mersch, Glenn Adamson, Rachel Rivenc, and John Roberts. Their perspectives on matters of material and meaning, (multiple) authorship, responsibility, ephemerality, and fluidity offered a thought-provoking framework for the conservators’ hands-on search for answers. In today’s art world, restoration is a critical act, indeed.

[1] Brandi first gave conservation the important role of an ‘atto critico’ in Elicona I. Carmine o della pittura (1945), and returned to this notion in his Teoria del Restauro (1963), translated into English in 2005.