This week’s contributing blogger, Maria Bastos-Stanek, was the VoCA summer 2017 intern. Bastos-Stanek graduated with a B.A. in the History of Art and Architecture from the University of Massachusetts Amherst in May 2017. 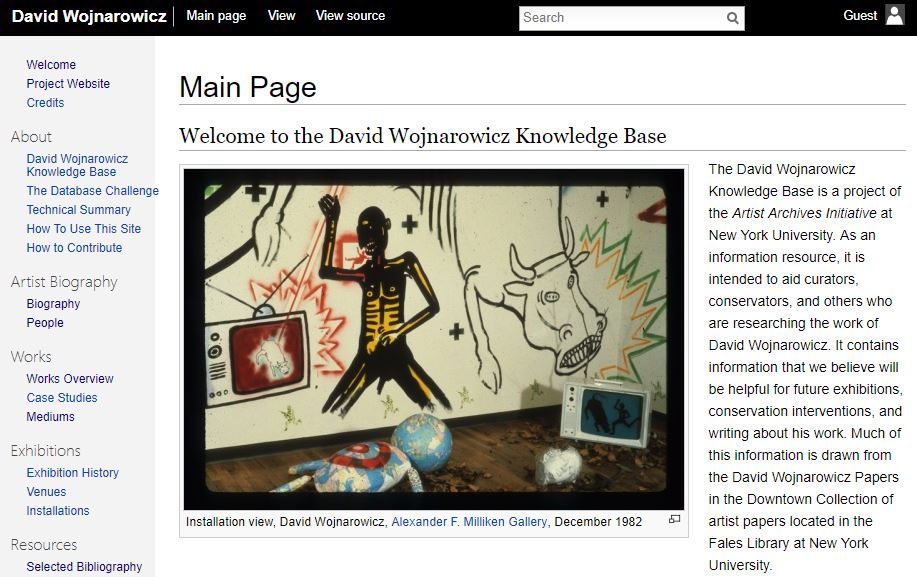 The Knowledge Base Wiki platform sets up a circuitous route for the user to explore, and surprises wait behind every link. The site provides information about Wojnarowicz’s biography, the constellation of friends and collaborators that made up his network, his works in their various genres and mediums, and information about his exhibitions. The selected publications section offers information about publications both about and authored by Wojnarowicz. There is no shortage of autobiographical writing on Wojnarowicz, and this section offers generous excerpts from each of Wojnarowicz’s books. The Knowledge Base successfully rounds up Wojnarowicz’s varied and disparate writing projects, inviting the user to explore the artist in his own words.

Wojnarowicz wrote continuously throughout his lifetime. He started his creative life writing poetry and later incorporated his literary influences into visual art. Most notably, early in his career Wojnarowicz created Arthur Rimbaud in New York—a series of photographs from 1978–1979 in which he photographed himself and his friends around the streets of New York wearing a mask resembling the face of the French poet Arthur Rimbaud. PPOW Gallery co-founder Wendy Olsoff illuminates Wojnarowicz’s relationship to writing: “I think he thought of himself as a writer.”[1] And his writing is powerfully compelling, transforming the reader into a visitor into his world. His writing speaks directly to the viewer, simultaneously containing his personal experiences and igniting them for a public audience. 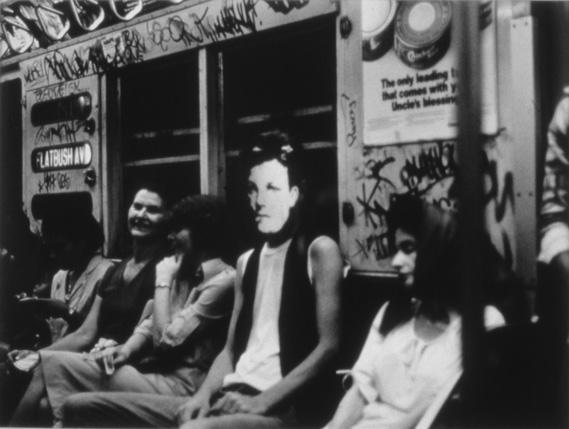 The user-contributed resources section—which contains unpublished texts relating to Wojnarowicz—presents a unique intervention into the hierarchy of academic publishing. Here one may find unpublished research papers and conservation reports from a wide variety of sources. The research papers, which there are a few with more on the way, are authored by graduate students. The space created by the site, though, could easily accommodate the independent scholar, a David friend or collaborator, or the diligent undergraduate.

Prioritizing Wojnarowicz’s own non-hierarchal relationship to arts, materials, and the art world also makes room for the serious contemplation of unpublished resources, generated largely by students. The potential of opening up a space—in the academy but not necessarily of the academy—to encounter and develop serious writing about Wojnarowicz stands to be one of the most successful aspects of the Knowledge Base. When it comes to Wojnarowicz, whose powerful artworks linger for some time on the wall and engage with uneasy visual symbols that many scholars and critics are unsure of how to approach, we need all the interpretation there is to be offered.

Writing about Wojnarowicz often takes on the affective aura of David’s own writings, making it possible for writers of multiple genres and styles to interrogate his works. We too, strive for his intensity and earnestness—to write with the unique power that comes from prioritizing subjective experience. Wojnarowicz reasserts the long-standing feminist argument that the personal is political. He uses his writing as a tool to dismantle the power structures that oppress him. With Wojnarowicz’s writing easily accessible on the Knowledge Base, we, too, can learn how to use our writing as a tool for justice. 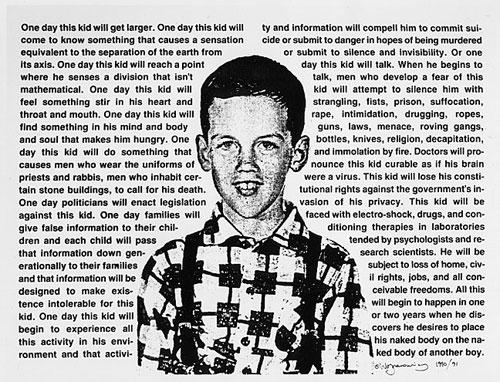 When speaking to Marvin J. Taylor, director of Fales Library and Special Collections, I inquired as to why he thinks Wojnarowicz has experienced a proliferation of attention and widespread acceptance into the art historical canon at this particular moment. Of late, the artist has enjoyed generous wall space in the wave of AIDS art related exhibitions (Art AIDS America from 2015 as the progenitor for the return towards AIDS activist art), the attention of the Artists Archive Initiative, and is now the focus of a major upcoming retrospective at the Whitney Museum of American Art (Summer 2018).

If there is a definitive answer, it’s complicated. We both agreed: Wojnarowicz’s art is strong, his work stands on its own. With or without the context of AIDS art and activism, Wojnarowicz’s discovery and movement into the mainstream was bound to happen. Another reason loops back around to the importance of access to research and quality writing which the Knowledge Base actively cultivates. Cynthia Carr’s 2012 biography, Fire in the Belly: The Life and Times of David Wojnarowicz, introduces Wojnarowicz with previously unavailable detail and depth.  The book is well-written and easy to read, expansive yet accessible. Similarly, artists today looking for inspiration turn to Wojnarowicz and the complex histories that fueled his practice and stoked his rousing messages.

So then, I asked Taylor, what exactly is the goal of the David Wojnarowicz Knowledge Base? His answer: To generate ideas about Wojnarowicz, his art, and life. Its aim is to foster critical thinking, close reading and looking. To give the complexity of this singular artist’s work the rigorous historical attention it deserves as well as the platform that is worthy of its content.