Caitlin Spangler-Bickell is a Marie Skłodowska-Curie Fellow with the Innovative Training Network NACCA (New Approaches in the Conservation of Contemporary Art) funded by the European Union. She is a PhD candidate with Maastricht University and is based at Museo delle Culture in Milan. Caitlin holds an MSc in Anthropology from KU Leuven, and her current doctoral research compares the conservation of contemporary art and of ethnographic materials.

Works of performance art often defy definition and even description. Unlike the performing arts of dance or music composition, there is no standard notation or vocabulary to communicate exactly what is happening in a performance and no pre-existing professional titles to clarify the role of those involved. While these and other issues make it difficult to decipher performance artworks, conserving them is more difficult still.

The symposium was kicked off with a special performance of Roman Ondák’s Swap (2011), on loan to the Kunstmuseum Wolfsburg from the Guggenheim for the occasion. With the artist present, Sami Moore performed the piece which entailed trading one item for something that a visitor in the room was willing to part with and repeating this over and over, weaving a web of exchange among the conference-goers. It became clear as objects circulated around the room that we were not just exchanging things; we were exchanging life stories and personal experiences. Each person attempted to convince the swapper to accept their offering by trying to communicate its worth; and more often than not, this meant communicating the people, places, and events related to its acquisition. The item’s value was constitutive of its context. But if its value lay only with the context, would swapping just the story be sufficient without giving the actual object? And if the act of swapping just the thing itself was sufficient to communicate its essential concept, why did everyone feel the need to contextualize it as they sent it to its next owner? 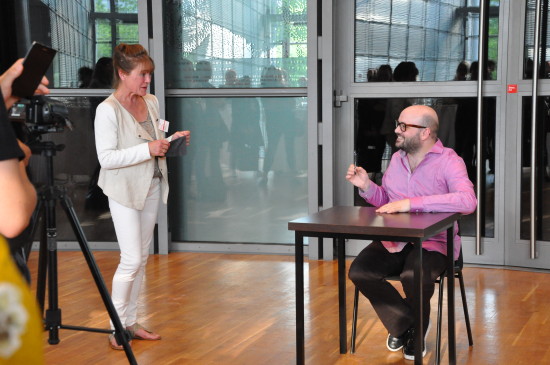 This tension between concept and context was to become one of the common themes of the symposium. Conservators discussed the difficulties in trying to address a performance artwork’s identity in terms of both its phenomenological experience and its socio-historical significance.

Athena Christa Holbrook from MOMA spoke of the choice between emphasizing the “conceptual implementation” and the “historical context” of a deeply somatic work like Simone Forti’s Dance Constructions (1961), while Agathe Jarczyk presented the work of her student at the Bern University of Fine Arts, Bruna Casagrande, on Witness Reports recorded soon after a performance piece to capture “immediate and personal reactions” as opposed to collecting them later when they would have yielded a “communal consensus,” modified and fixed through discussion with others. In these works, conservators made a decision to capture the experiential power of the performance, while recognizing that the piece also has or will gain a particular place in social memory, thus making conservation a complex balancing act. 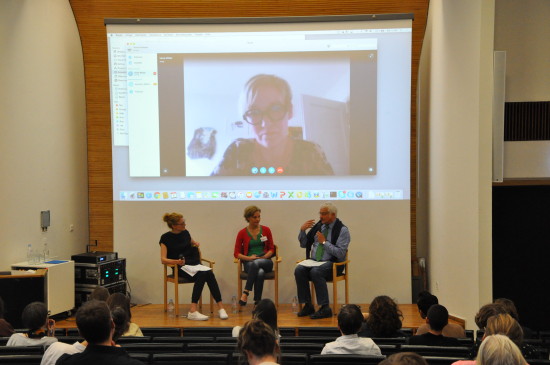 While the emphasis was on the concept in those works, for others the context of the performance is crucial. David Smith of the Asia Art Archive spoke about Joseph Ng’s Brother Cane (1993), a reaction to anti-homosexual laws and entrapment tactics of the police in Singapore. Ng recalled the entrapment, arrest, and caning of 12 men through a choreography which included him whipping 12 blocks of tofu each with a bag of red dye. Brother Cane agitated the authorities to such an extent that it prompted a ban on performance art in Singapore for the next ten years. When Singaporean artist Loo Zihan restaged this work in Chicago in 2011, he accompanied the physical movements by reading out an eyewitness account of the original performance that was used in the subsequent trial, showing that context was essential to the work itself.

Moving further along the scale, some cases were presented where the original performance ceases to be an active aspect of its present identity at all. Instead, it simply becomes a foundational event of a piece that lives on through objects left over from that event (often referred to as relics). Carolee Schneemann’s performances cannot be reperformed without her, but can be transfigured into installations recalling her original performance. Schneemann told the Getty Conservation Institute’s Rachel Rivenc and Anja Foerschner that the performance is a founding act at the beginning of a work’s life. It activates the imagination, then splinters and multiplies into the indefinite future. 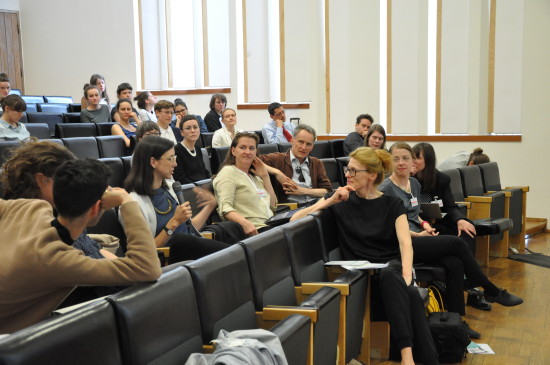 Many artists embrace the multi-dimensionality of their works, making the challenge for conservators not prioritizing the different aspects of its identity, but that of managing all of these aspects together. Tiziana Caianiello of the ZERO Foundation discussed installations with performative aspects such as Otto Piene’s Lightballet (1959), two basic forms of which can be experienced according to the artist: one with manual light projection and the other as an automated version, with the artist acknowledging both losses and gains for the piece in its mechanized form. The Guggenheim’s Lauren Hinkson spoke about the three possible versions of Tania Bruguera’s Tatlin’s Whisper #6 (Havana Version) (2009) – video, installation piece, or activated performance – and Joanna Phillips demonstrated how the Guggenheim attempts to manage such multi-faceted works with its Iteration Reports.

The need to balance experience-and-concept with event-and-context will never be easily achieved because no one person experiences a performance in the same way, and socio-political meaning never goes uncontested.  In the words of Jean Brown and Charles Danby from Northumbria University, performance art is fundamentally discursive; a co-production within time-based event structures. The presentations in this symposium and the special performance of Swap revealed that the transmission of performance art happens through decisions taken by many actors about the interplay of materials and ideas, the mediation of current events through a historical lens, and a negotiation of the past in our present reality.

All Images courtesy of the Kunstmuseum Wolfsburg. Photos by Klara Lokaj.