This week’s contributing blogger, Kimberly Sørensen, received her MA in decorative arts, design history, and material culture from the Bard Graduate Center in New York City. She now works as a 20th Century cataloguer at Rago Auctions in Lambertville, NJ.

The role art conservation plays in the marketplace is a delicate balancing act of deadlines, client expectations, and challenging materials. Works of art often arrive at the auction house in varying states of condition, which can happen for a number of reasons: sometimes a piece has been damaged in transit, other times it has been left in less-than-ideal storage for years, or has been kicking around the flea market table until a lucky collector recognizes it and snatches it up.  In fact, I witnessed all three of these criteria in my most recent sale: A pate-de-verre sculpture by Robin Grebe broke on its way to us – it snapped where the glass sculpture connected to its heavy base, which should have been removed; a beautiful three-panel painted canvas room divider by Donald Deskey arrived folded, apparently having been stored in a hot place like an attic, causing the paint to fuse the panels together; and fantastic Wiener Werkstatte silver breadbasket was discovered at a local flea market just a few miles down the road – it was in great condition except for a few deep scratches.

When a piece arrives with unexpected damage, it can really throw a wrench in the works, because auctions operate under strict deadlines. Most departments have three sales a year which means adhering to a tight schedule of cataloging, photography, publication, preview setup, and finally auction day.  Further compounding these challenges is the fact that art can often carry a lot of emotional baggage.  As the saying goes in the auction industry, there are three D’s that drive the market: death, debt, and divorce, which can create a sensitive atmosphere for decision-making.  Regardless of its diverse background, a battle-scarred work of art must be made presentable for the auction preview and intact enough that it won’t further degrade or risk damage during storage and display.

To help sort through the myriad challenges of dealing with art conservation in the marketplace, I interviewed Meredith Hilferty, the director of Fine Art Auctions at Rago Arts and Auction Center in Lambertville, NJ. Rago holds two fine art auctions a year, both of which feature a session devoted to Post-War/Contemporary Art, the focus of our interview. 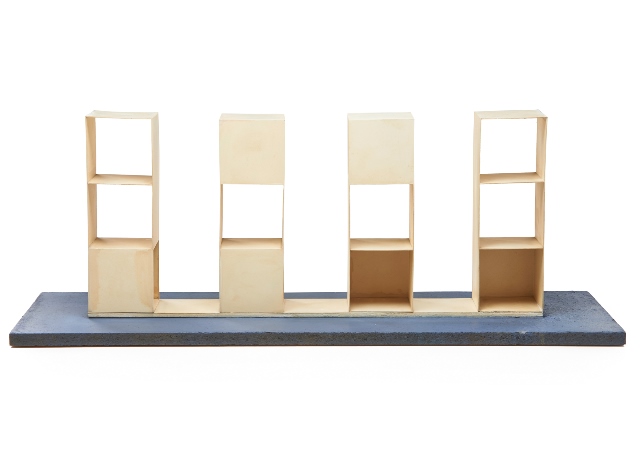 Sørensen: Do you recall any particularly challenging situations, when a work of art arrived with “condition issues” that rendered it unpresentable for auction?  What kinds of factors informed the course of action you took for caring for the piece?  For example, how did the expectations of the consignor or the expectations of your potential buyers come into play?

Hilferty: We often are part of a balancing act when we sell contemporary works of art at auction that have condition issues.  On the one hand, if there are too many condition issues, no one will give the work a second glance.  On the other hand, if too much is done to a work and not by the right conservator, bidders shy away from that too.  We usually try to walk the line of making the work presentable for exhibition, arresting any concerns that could cause further damage, without taking the piece too far away from the original creation of the artist.

Most collectors prefer a work that has only been touched by the hand of the artist, so this is the challenge when a work needs some conservation.  Last fall we had a very early sculpture by Sol LeWitt.  The condition issues were a serious amount of surface dirt; paint that had become slightly discolored; and a piece that was detached.  There was a lot that could be done to this work to make it look like it did the day it was created.  While that was certainly possible, it was important to think about what potential buyers would want.  In this case, I made some calls to collectors that would be interested in this kind of work, and it became clear that original condition was important to them, and while the paint was certainly discolored, that was the natural aging of the materials over time.  We elected to simply have a conservator perform a mechanical cleaning with a micro vacuum.  She also reattached the detached part with a temporary and removable adhesive so that the work could be viewed as the artist intended it. 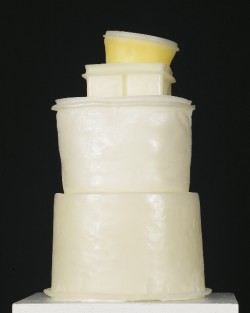 Sørensen: Do living artists ever guide your decision-making or even carry out the conservation/restoration?

Hilferty: Yes, definitely.  If we have a work that needs conservation or repair and the artist is living, we do our best to reach the artist or his/her studio to see if the artist can be involved with the process or recommend someone who can do the work to the artist’s satisfaction.

I remember when we sold the Freed Collection, we had a really cool installation by Katie Grinnan.  In order to install it the way the artist intended, we had to replace the balloons, which were either deteriorated and/or missing.  In this case, we were able to contact the artist and have her direct us as to exactly what kind of balloons should be used (size, color, shape, material).  She also reviewed with us the instructions for properly installing the work in the space available.

Sørensen: What about materials?  Have unconventional media presented challenges in storing and presenting a work of art?

Hilferty: Unconventional materials have always presented challenges.  We had some wax sculptures by George Stoll that really have to be stored in a controlled temperature or they could soften and begin to melt.  We have also had installations where we have to follow specific instructions provided by the artist to replace perishable elements.

Sørensen: I’ve always thought of antiques pickers as the unsung heroes of cultural preservation, rescuing masterworks from flea markets, yard sales, and sometimes even the side of the road.  Do you have any good stories about works of art that were saved from the trash heap? 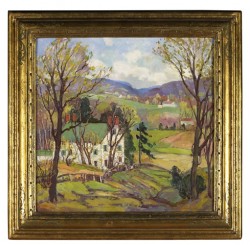 Hilferty: This is definitely the case – especially with Contemporary Art.  There are a lot of people who don’t appreciate it, and think because it doesn’t render a subject in a traditional sense, that it must not be anything important.  I can’t tell you how many times I hear “I could do that” or “My kid could do that.”  I can’t tell you how many Warhol and Lichtenstein prints we’ve sold that had been rolled up in closets of a deceased relative and were on their way out to the garbage when someone in the family decided they would bring them to our Free Walk-in Appraisal Monday.

One of my favorite stories is about not a contemporary work, but the work of one of the Philadelphia Ten, an artist named Fern Coppedge.  This painting depicted a local Bucks County scene, but the artist was known for her garish palette, so it was a little different than your typical landscape.  I got a call from a woman in the Midwest who had inherited the painting from her husband’s family.  She said that she hated the painting and that it was in a really neat frame and since she herself was a decoupage artist, she was going to decoupage over the painting.  I then informed her that this was actually a work by an important artist, and that she probably didn’t want to do that. We sold the painting later for over $40,000.  That would have been one expensive canvas for a decoupage.