This week’s contributing blogger, Samantha Owens, is an emerging conservator who has completed internships at the Hirshhorn Museum and Sculpture Garden and the Museum of Modern Art.  This spring, she will work on the Shelburne Museum’s Gustav Dentzel Company carousel project.

On January 9 of this year, the Washington Conservation Guild held their annual “3-Ring Circus,” with concurrent lectures in the areas of “Conservation in Far Flung Places” and “Analytical,” as well as the one I attended, “Contemporary.” In the Contemporary ring, a series of three lectures focused on artworks made in the past 60 years, but also broached problems faced by the conservation community as a whole. 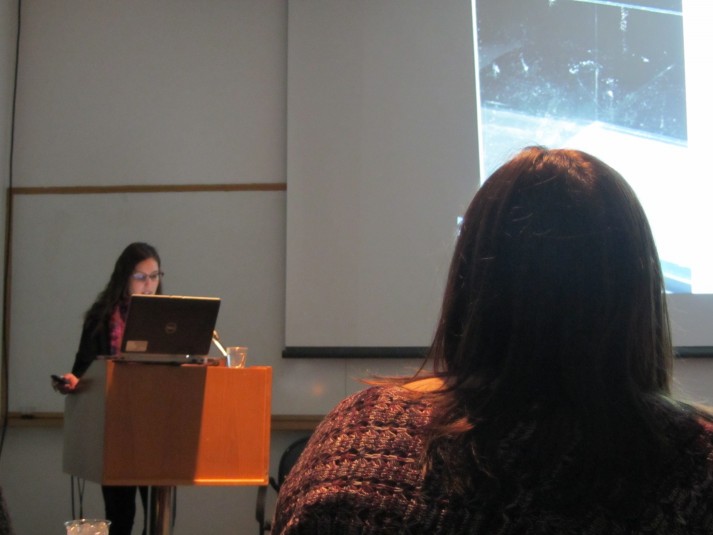 Each of these lectures focused on a specific project, and in doing so outlined the major themes of modern art conservation and conservation in general: the unexpected degradation of new materials, the value of communicating with living artists, and the involvement of the public in the life of an artwork.

The first speaker was Agathe Riquier, a Fellow at the Museum Conservation Institute of the Smithsonian Institution, who has been conducting research on poly(methyl methacrylate) (PMMA), also known as Plexiglas. Agathe’s lecture, entitled “Concepts and Mechanisms of Degradation of the First Edition of Hans Haacke’s Condensation Cube,” addressed her in-progress research and testing of the microscopic changes to PMMA in moist conditions. In her presentation, Agathe presented examples of some of the deterioration issues seen with PMMA and provided her findings thus far. While studying ten editions of Condensation Cube, Agathe was also in communication with the artist, learning his processes and his opinions on the degradation of the cubes. Her lecture detailed how modern materials can deteriorate and emphasized the importance of diligent study to prevent further degradation. 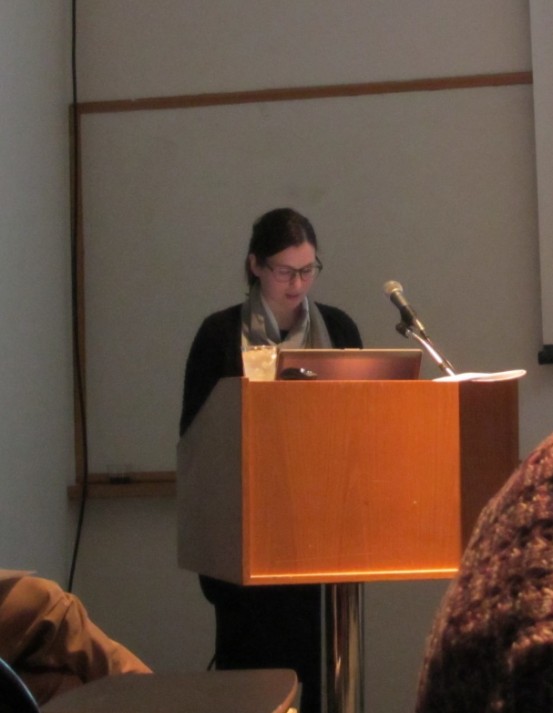 The next presenter was Jennifer Hickey, the current William R. Leisher Paintings Fellow at the National Gallery of Art and INCCA – NA Program Committee member. Her presentation, “Presenting Pollock: Sharing conservation philosophies and methodologies with a broader audience,” discussed the conservation of three Jackson Pollock paintings at The Museum of Modern Art. Though she explained some of the treatment of these paintings, the lecture focused on how the project was made available to the public through a blog on MoMA’s website.

Jennifer told a particularly interesting anecdote about this public outreach project: There was an image posted on the MoMA site which showed conservators examining a Pollock that had been laid flat on the floor in order to better help them understand the painting in terms of the artist’s working method. A journalist saw and misunderstood this photograph, which led to an incorrect report that MoMA would be displaying the canvas on the ground. While this illustrated one of the challenges faced in sharing treatments with the public, Jennifer noted that it also reinforced the importance of engaging and educating the public on conservation practices.

The third speaker, Connie Stromberg, is a private conservator and owner of Stromberg Conservation, LLC. Her lecture, amusingly titled “It was a Sticky Situation: Cleaning the privately held edition # 12/75 of the polyurethane resin relief “Chrysler Airflow” by Claes Oldenburg,” discussed the cleaning of a relief that hung in the hallway of one client’s office. Connie discussed the tackiness and dustiness of the aging polyurethane and her difficulty finding an appropriate solvent to clean it with. The format of these lectures invited a dialogue between diverse groups, and my favorite part of the evening came from the Q&A after this talk. An audience member who had worked with polyurethane in VHS tapes mentioned her experience with cleaning this material and reducing its tackiness. In this way, the lecture transformed from a vehicle for disseminating knowledge to an open conversation and collaboration in the field.

Incredibly, the “Circus” served as a way to keep the conservation community informed and abreast of treatments and issues in modern materials, as well as an opportunity to engage the field and bounce ideas around. Such events are valuable for every member of the community, and I look forward to attending in the future.