This week’s contributing blogger, Steven O’Banion, is the Smithsonian Conservation Fellow at the Hirshhorn Museum & Sculpture Garden in Washington, DC. Steven is also a member of the VoCA Program Committee. 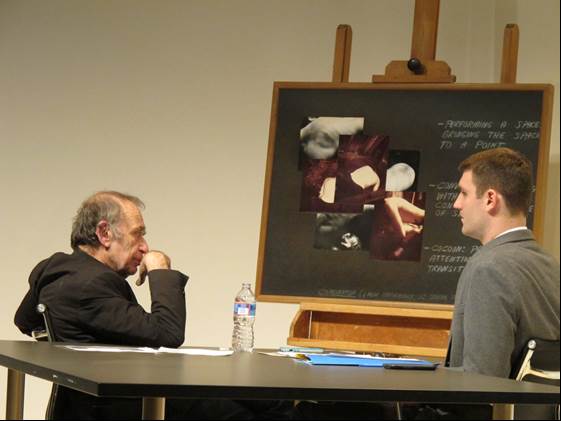 In 2012, VoCA held its first round of Artist Interview Workshops at the San Francisco Museum of Modern Art and the Hirshhorn Museum and Sculpture Garden.  With the support of the Andrew W. Mellon Foundation, this continuing series provides training to conservators, curators, and their colleagues on methods for interviewing artists.*  After participating in the workshop hosted at the Hirshhorn, I was fortunate enough to receive a Smithsonian Conservation Fellowship to launch an Artist Interview Program at the Museum.

In structuring the Interview Program, two central tenets were considered: first, for an interview program to be successful, it must fit within the existing workflows of the institution. Second, the interviews should ideally initiate or continue an ongoing relationship between the participating artists and the institution. While primarily driven from a preservation perspective, the Artist Interview Program is a museum-wide initiative that aims to generate successful, systematic face-to-face dialogues with artists. These sessions are recorded and then made available to staff, scholars, and the public.

A committee – comprised of members from the Hirshhorn’s conservation, curatorial, education, and exhibits departments – was formed to steer the program and produce criteria for prioritizing artists to interview.  The committee chose to limit participation to artists (and those associated with artists) represented in the Hirshhorn’s collection, with special attention given to artists who are advanced in age or local to the Washington, DC area.  Further, as Jill Sterrett has pointed out in the VoCA Artist Interview workshops, there are several points in an artwork’s life when it garners the attention of everyone in a museum.  Examples of these junctures include acquisition, loan and installation.  The Hirshhorn utilizes each of these key moments as an impetus for artist interviews.

The staff that conducts the interviews varies on a case-by-case basis, taking into account familiarity with specific works, areas of art historical expertise, and personal relationships. This interdisciplinary collaboration, whether in conducting the interviews or preparing questions, has led to fruitful conversations.   Whenever possible, the interviews are recorded either at the artist’s studio or in the museum where the works being discussed are close at hand. 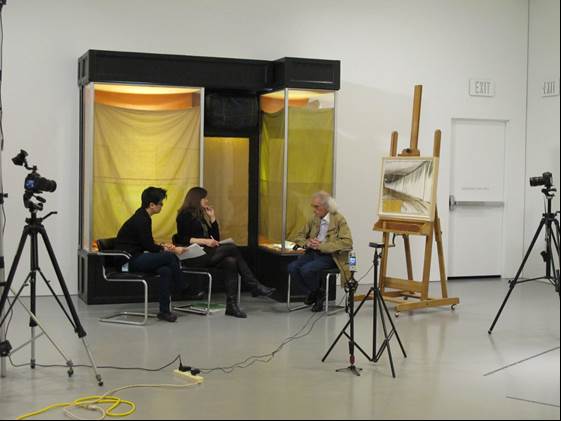 A minimal investment in recording equipment was necessary, as DSLR cameras and lights already used for photo documentation in the conservation lab could serve a dual purpose.  The bulk of equipment purchased for the program consisted of audio-recording equipment, which has been essential for interviews conducted in a gallery or at an artist’s studio.  Once recorded, the transcripts of the interviews, as well as the edited and unedited audio and video files, are archived.  To complete the archival process, the Hirshhorn is collaborating with Crystal Sanchez from the Smithsonian’s Office of the Chief Information Officer, which oversees the Digital Asset Management System (DAMS).  The DAMS is the Smithsonian’s internal, long-term digital asset repository that is designed to store and preserve high-resolution files.

Initial participants in the Hirshhorn Artist interview Program include Vito Acconci, Christo, Kota Ezawa, Ann Hamilton, Maggie Michael, Dan Steinhilber, and Andrea Way.  The interviews provide insight into the artists’ working methods and materials, attitudes toward proper installation and display, and views on preservation strategies.  The interviews also serve the valuable educational function of allowing Museum educators to use the recordings as training and teaching tools for interpretive gallery guides.  Additionally, video clips from the interviews are accessible to the public via the recently-updated Hirshhorn Conservation webpage. 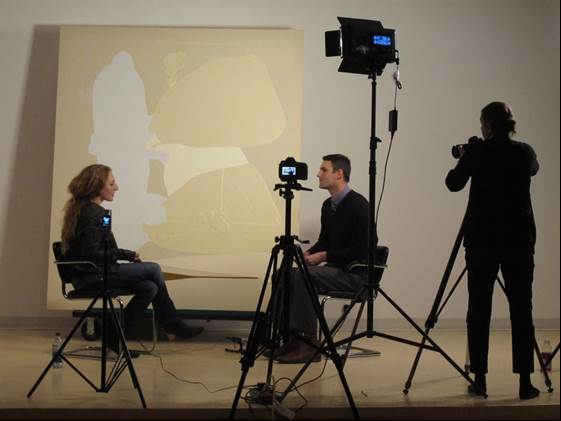 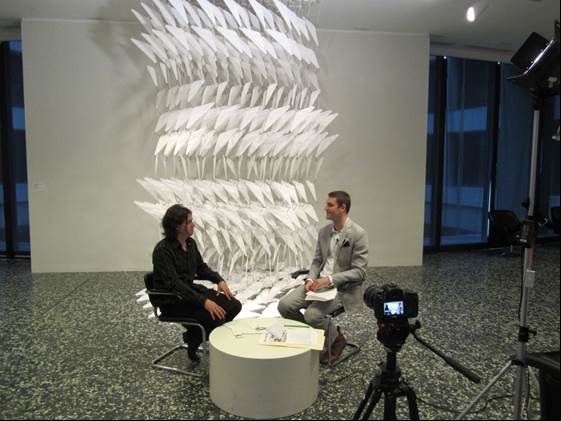 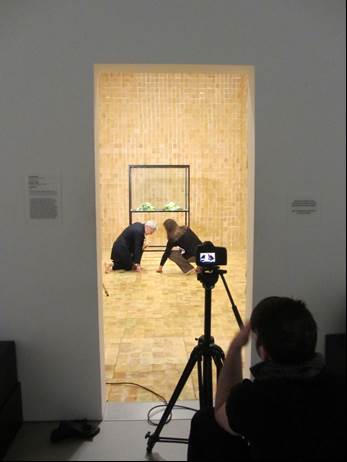 * For more information about the upcoming Artist Interview Workshops and how to apply, click here.